Real Madrid launched their strips for the 2014-15 season on Monday, but the club’s pink away kit has been met with ridicule by fans of Barcelona.

Madrid have worn a number of different colours away from home in recent seasons, including green, red, blue and orange, but the fuchsia design is a first in the club’s history.

“The second kit is a break from tradition. The main colour is fuchsia, a concept never seen before in the club’s 112-year history. The crest will create a unique and impressive visual impact as it is made entirely in pink and white,” read a club statement. 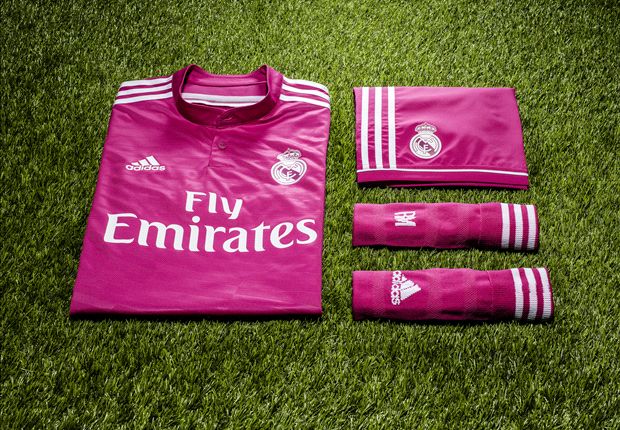 Reaction on social media was mixed, but Barcelona fans were quick to poke fun at their rivals’ new colour.

“They only care about making money,” said Josep Maria Vazquez, treasurer of the Penya Joan Gamper supporters’ group in the Catalan capital. “It’s ugly and they are taking things too far with that colour.”

“I think it’s fantastic,” he told Goal. “It’s great merchandising. Why not? The red kit was very popular and I’m sure this one will be too. I never wore a pink kit, but I wouldn’t have minded and these players won’t mind either.