Real Madrid’s domestic season ends this Saturday afternoon with the visit of Espanyol to the Santiago Bernabeu.

With the title mathematically beyond the Blancos and the visitors assuring their top-flight status last week, the principle motivating factor for both sides will be pride.

bet365 price Madrid as the clear favorites to overcome a side they have beaten three times already this season with Carlo Ancelotti’s men offered at just 1/3 (1.33). 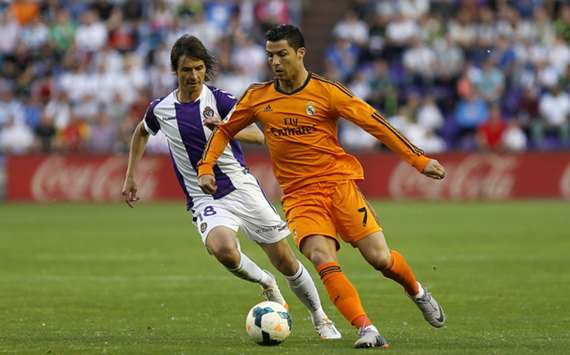 Espanyol, meanwhile – who were beaten earlier in the season 1-0 by Real Madrid at Cornella El Prat as well as in both legs of their Copa del Rey quarter-final by the same scoreline – can be backed at 15/2 (8.50) with the draw available at 4/1 (5.00).

Despite there being nothing of great significance at stake, Cristiano Ronaldo could start the last game before the Champions League final as he continues his quest for the European Golden Shoe award.

Naturally the game is a little tricky to call given Madrid are likely to rest some players and there will be precious little intensity on display from either side.

Madrid should win but do not expect a high-scoring encounter, so the price of 7/5 (2.40) for a home victory with less than 3.5 goals in the game looks tempting.

This bet pays out with a 1-0, 2-0, 3-0 or 2-1 success for the home side and given the context of the match they look the most likely scorelines.