COMMENT: With the 2013-14 edition of Europe’s top competition now complete following Saturday’s Madrid derby, Goal takes a look at some key talking points ahead of next season

Statistically, Lionel Messi enjoyed yet another outstanding season. Most forwards would dream of scoring 41 goals in 46 games in all competitions.

Indeed, in the race for the European Golden Shoe, only Liverpool star Luis Suarez and Real Madrid’s Cristiano Ronaldo struck more times in the league than Messi in 2013-14 – and the Argentine would have scored many more had he not been sidelined by injury for three months in total.

But, in football, statistics only tell part of the story and there can be no denying that Messi’s performance levels dropped considerably this past season. Although he hit a hat-trick (two of them penalties) in the memorable 4-3 Clasico win over Real Madrid at the Santiago Bernabeu in March, Messi went missing in far too many games – most of them big ones.

In six matches against Atletico Madrid this campaign, Messi, 27 next month, failed to find the net (even if he did have a potentially title-winning goal incorrectly chalked off for offside a fortnight ago).

When Barcelona needed him most – in the final-day decider at Camp Nou, in the Copa del Rey final and in the Champions League quarter finals – he was nowhere to be seen.

Gone is that burst of acceleration – that quarter-of-a-yard that makes all the difference at the very top level – which made Messi an untouchable every time he slalomed towards goal. Gone also is that single-minded desire and focus to be the best. “He has lost his passion for football”, noted Argentine coach Angel Cappa earlier this year; an opinion supported by the fact the attacker ran just 6.8 kilometres in Barca’s European loss at the Vicente Calderon in April.

The World Cup in Brazil may answer the question for us next month – but next season’s Champions League should definitively tell us whether we have already seen the best of Lionel Messi. 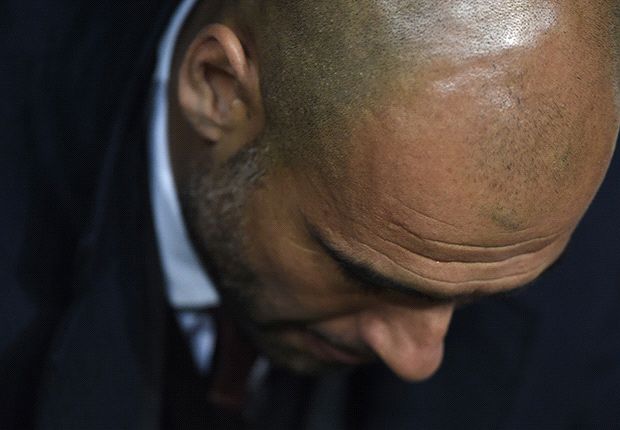 Just like Messi, the fact that Pep Guardiola has been on the receiving end of stinging criticism will come as a surprise to many outsiders. The Bayern Munich coach has just led Bayern Munich to a domestic double, clinching the Bundesliga title in record time, and winning four trophies in total in 2013-14. Not bad for a first season, right?

Given the low standard of the Bundesliga, and the manpower and resources he inherited from Jupp Heynckes – which included undoubtedly Europe’s best squad of players – Guardiola was always going to be judged on how he fared in the Champions League.

The humiliating 5-0 semi-final mauling at the hands of Real Madrid was a microcosm of all the mistakes Guardiola has made since taking charge of the Bavarians. Instead of adapting to the high-intensity skillset of his players, as he promised at his unveiling, Pep stubbornly attempted to imprint his tiki-taka signature on a group who did not possess the attributes to do so.

“You cannot get them to play Catalan here. There were too many changes. The ship begun to go off course,” complained Bayern legend Lothar Matthaus.

When the sterility of such a possession-obsessed system was laid bare as Bayern struggled to overcome a crisis-hit Manchester United side in the quarter-finals, Guardiola still refused to adapt. Nor did he learn his lesson when just days before the 4-0 capitulation at home to Madrid, his suicidal high defensive line was twice carved open by lowly Werder Bremen.

In 13 matches against so-called major opposition, Pep’s Bayern have emerged victorious on just four occasions in normal time. These numbers must improve next season if Guardiola is to silence the critics who say that he is destructively dismantling a winning machine. Nothing less than ultimate Champions League glory will suffice. 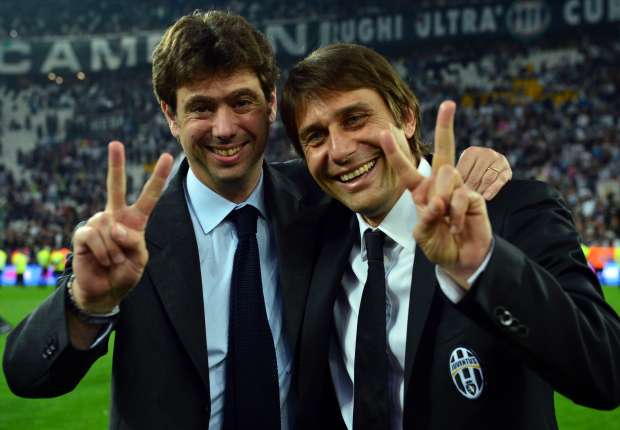 The 2013-14 season was a juxtaposition of incredible highs and lows for Juventus. Domestically, the Old Lady created history. The Bianconeri became the first Italian team ever to break the 100-point barrier, setting a new record for a major European league with their 102 points. They also became only the fifth team – after the Juventus of the 1930s, Torino of the 50s, Fabio Capello’s Milan, and post-Calciopoli Inter – to win three Scudetti on the bounce.

In Europe, though, it was another story altogether. The failure to progress from a Champions League group containing Galatasaray and Copenhagen was a massive failure – one that wasn’t soothed by Europa League glory on home soil as Juve exited to Benfica in the semi-finals.

Next season, things should improve for the Old Lady as she plans to revolutionise her playing system. The 3-5-2 formation, which has achieved so much success in Italy but is unsuitable to European competition, is set to be replaced with a 4-3-3 model.

With the right summer signings, this modification will boost Juve’s chances of going deep in the Champions League. For two years now, Juve have possessed a mean defence and one of, if not, the best central midfield trio in Europe in Andrea Pirlo, Arturo Vidal and Paul Pogba. But these strengths have been diluted due to formation.

Should they retain the in-demand Pogba and succeed in purchasing at least one top-class winger – Barcelona’s Alexis Sanchez and Fiorentina’s Juan Cuadrado are high up the club’s shortlist – then we could see the development of a Juventus 2.0. However, there are still tactical question marks hovering over coach Antonio Conte, who will need to learn from his past European mistakes, particularly when it comes to substitutions and squad rotation. 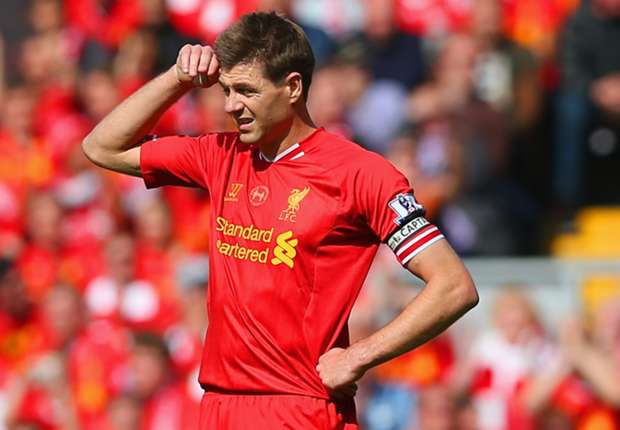 The 2014-15 Champions League season will see a number of former powers return to the big time – most notably five-time European Cup winners Liverpool, and former finalists Monaco and Roma. This summer will determine just how well the three teams do on the continent.

Liverpool lit up the Premier League this term and were on the verge of their first title since 1990 until Steven Gerrard’s miscontrol and slip against Chelsea. Brendan Rodgers’ brand of free-flowing, high-octane attacking football has the potential to blow away a number of European opponents.

But a defensive naivety – particularly in the holding midfield position where the Gerrard-Jordan Henderson partnership has been ludicrously overrated by the national press – must be addressed after Liverpool conceded a whopping 50 league goals despite finishing second.

Playing twice a week will also tire Liverpool and challenge their pressing game – to maintain this style the Reds must bolster their squad. The roster is simply too small right now to fight on two fronts – let alone at their 2013-14 intensity when they were absent from Europe.

Monaco’s finance-fuelled return to the Champions League, a decade after losing in the final, will also make for interesting viewing. Financial Fair Play is unlikely to deter billionaire owner Dmitry Rybolovlev from splashing the cash again, after the big-money purchases last summer of Radamel Falcao, James Rodriguez and Joao Moutinho.

It may be too soon to expect instant success, but with Victor Valdes set to sign from Barcelona, a transfer bid for Roma’s Gervinho being formalised and a number of other high profile arrivals inevitable, no one will want to be drawn with Monaco in the group stages.

Serie A runners-up Roma will also turn heads following an outstanding 85-point league season which most years would have won them the title. If the Giallorossi can keep their squad together, sign an attacker and improve their depth in defence, they have the ability to be one of the surprises of the Champions League.

The backline boasts one of Europe’s most complete stoppers in Mehdi Benatia, the midfield oozes quality and quantity with Daniele De Rossi, Miralem Pjanic, Radja Nainggolan and the currently injured Kevin Strootman, while there is plenty of offensive talent too. The concern is whether coach Rudi Garcia can retain his best players as the foreign vultures hover over the likes of Benatia, Pjanic, Strootman and Gervinho. 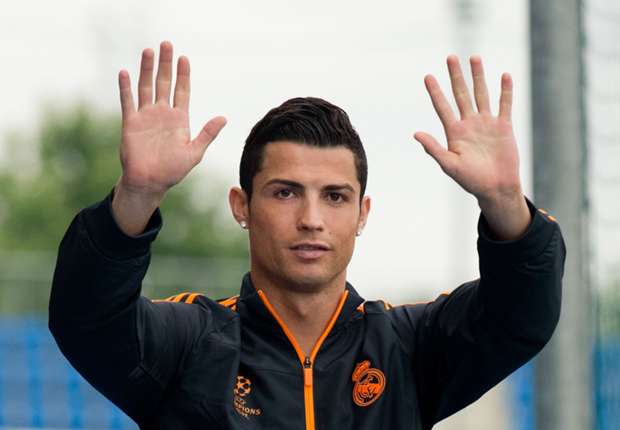 Every footballing era is defined by its best attacking talent. In the early 1980s it was Zico, Karl-Heinz Rummenigge and Michel Platini. In the second half of the decade, it was all about Diego Maradona, Ruud Gullit and Marco van Basten. At the start of the 90s, Roberto Baggio and Romario were the biggest superstars, before being replaced by first Zinedine Zidane and Ronaldo, and then Ronaldinho and Kaka.

Since 2008, football has been symbolised almost entirely by two men – Lionel Messi and Cristiano Ronaldo. They have shared the last six Ballons d’Or between them and this term was the seventh in a row that one of the pair finished top-scorer in a Champions League season.

The top end of the game has never been dominated by two men for so long. This fact is as much a damning indictment of a low-quality footballing era that lacks depth, competition and in particular top-class defenders as it is an acknowledgment of the brilliance of the Clasico duo. But what is undeniable is that the time has come where the football-defining successors to Messi and Ronaldo must emerge.

The Argentine’s decline has already been documented, while Ronaldo will turn 30 before the next Champions League knockouts kick-off – the Portuguese machine will slow down sooner rather than later.

It is the Champions League where the greats are born now – the 2014-15 edition is waiting for some new ones.