When Real Madrid go in pursuit of something, they usually get it, but for Europe’s most successful club the Champions League has eluded their grasp for 12 years.

There is an obsession in the white half of the Spanish capital with lifting ‘La Decima’ – a 10th Champions League crown – and from the outset of this season’s competition Madrid have looked like potential winners.

Their journey began when they were drawn in Group B alongside Juventus, Galatasaray and FC Copenhagen back in August, with Carlo Ancelotti’s side emerging group winners after recording five wins from their six games.

Their standout results included a 6-1 thrashing of Gala in their first match of the tournament, featuring a hat-trick from who else but Cristiano Ronaldo, before they put another four goals past the Turkish side in the return match.

Impressive? Madrid, it seemed, were only just getting started. Schalke were their opponents in the last 16, but in reality the tie was over after the first-leg – another 6-1 mauling – this time at the Veltins Arena. 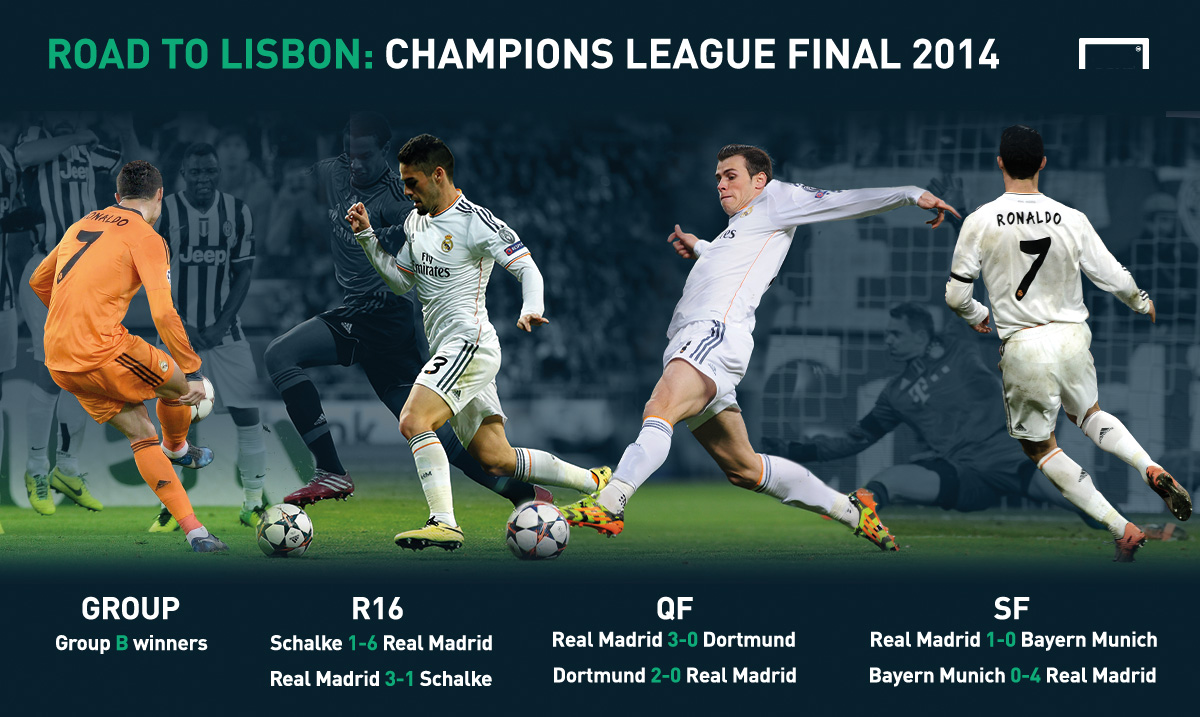 Crucially, there were two goals apiece from the forward trio of Ronaldo, Gareth Bale and Karim Benzema, as the understanding between the three clicked in fruitful fashion. Another two goals from Ronaldo in the second-leg helped Real to a 3-1 win and saw them into the quarter-finals.

For all their early success, a last eight pairing with Borussia Dortmund was their first real acid test of the competition. BVB, of course, had dumped Madrid out of the tournament at the semi-final stage in 2012-13.

This time around, though, there was to be no repeat. Bale, Isco and Ronaldo ensured a 3-0 first-leg victory and despite losing the return 2-0 at Signal Iduna Park, they held on to banish their BVB demons.

For many, the semi-final between the capital club and Bayern Munich ought to have been the final, in a meeting of two contrasting styles, as Pep Guardiola’s possession-based model did battle with the game’s most frightening counter-attacking unit.

In the end, it wasn’t even close. A solitary strike from Benzema gave Madrid a narrow first-leg win, but in the second, one of the most devastating last four performances in recent years saw the nine-time European champions march into the final, thanks to two goals apiece from Ronaldo and Sergio Ramos.

After a long and arduous journey, only city rivals Atletico separate them from realising their Decima dream.