Things are now well and truly out of Real Madrid’s hands in terms of the title race, with successive draws against Valencia and Valladolid crushing the Blancos‘ aspirations of being crowned champions.

Mathematically, however, they are not out of contention and, given the twists and turns we have already seen this season in Spain, it would be foolish to completely discount the possibility of Los Blancos still being in contention on the final day of the season. 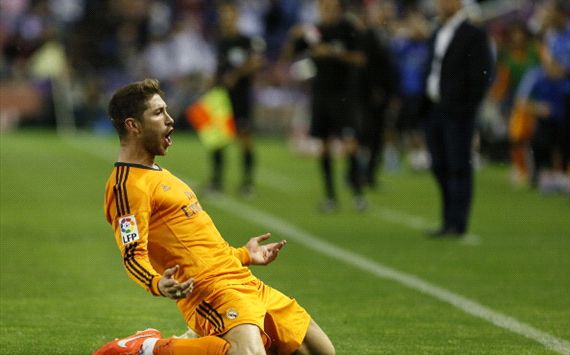 To do so, they must win their penultimate game of the season at Celta and hope Atletico and Barca drop points, and bet365 price Carlo Ancelotti’s men at 2/5 (1.40) to win at the Balaidos.

Things will not be easy for Madrid, though, with the Galicians in their best form of the season, having recorded three successive wins, scoring 10 goals in the process.

Expect another tough match on the road for the side from the capital, in what will be their third game in seven days.

They looked a little tired on Wednesday at Valladolid, failing to play with a real spark or intensity, and they may once again fail to come out of the blocks flying in Vigo.

To this end, backing no goals to be scored in the opening 23 minutes at 5/6 (1.83) looks like a wise investment. It has paid out in both of Madrid’s last two league matches on the road and while they should have enough to overcome Celta, and early goal looks unlikely.