Amid the joy, there was reservation. Beating Bayern Munich on Wednesday night at the Santiago Bernabeu had given Real Madrid the upper hand in the teams’ Champions League semi-final tie, yet Cristiano Ronaldo’s fragile fitness remained a cause for concern ahead of Tuesday’s trip to Bavaria. Not now.

Ronaldo missed Madrid’s Copa del Rey final win over Barcelona mid-month with a thigh injury and only returned in the match against Bayern earlier this week. And although he played a key pass in the build-up to Karim Benzema’s goal in the 1-0 win, it was far from a vintage performance from the Portuguese. The 29-year-old missed one glorious chance in the first half and looked some way short of his supreme self. “He was only 50 per cent fit,” coach Carlo Ancelotti admitted afterwards.

On Saturday, however, he was not only in the side, but back to his brilliant best as well. The 2013 Ballon d’Or winner opened the scoring with a stunning strike as he cut in from the left and blasted a lobbed effort into the far corner from long range. Replays showed that the Portuguese had been slightly offside when the ball was played, while his shot also looked to have taken a deflection en route to the net.

No matter. Seven minutes into the second half, Ronaldo recreated a carbon copy of the goal, except this one was onside, with no deflection – and much more spectacular. If Bayern had been watching, they won’t have enjoyed what they were witnessing.

If any side in Europe can hurt Pep Guardiola’s great team, it’s Madrid – and Ancelotti’s side showed that earlier this week. Real’s 1-0 lead means they are favourites to advance in this tie anyway, while on this form they will also be expected to score in Germany. 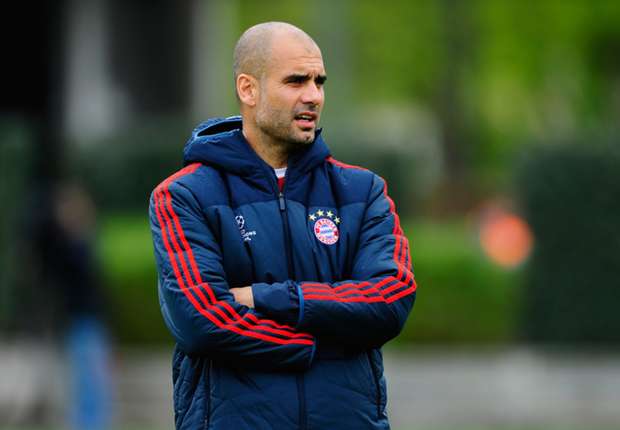 Should that happen, Bayern will need three goals to progress to the final in Lisbon next month. And against a Madrid side who have tightened up significantly in recent weeks, that may be a big ask.

Bayern won’t sit back. The Bavarians like to take the initiative with their possession philosophy and will need to in any case because they are behind in this tie. That will play into Madrid’s hands, however, and on the counterattack, Ancelotti’s side are often devastating – as they were on Wednesday.

Ronaldo is a big part of that and, although the Portuguese took a knock in the first half against Osasuna, it turned out to be only that. Gareth Bale, meanwhile, was kept in reserve along with Benzema, while Angel Di Maria and Cristiano were withdrawn early to keep them fresh for Tuesday.

Both of Pep’s semi-final defeats as Barca boss came after first-leg defeats on the road that the Blaugrana were unable to overturn at Camp Nou and it’s no longer the case in Europe that the team playing at home in the second leg has the advantage,

Already a goal up and the best there is in terms of counterattacking football, Madrid are in a strong position ahead of Tuesday’s game and Ronaldo’s rockets against Osasuna present yet another problem for Pep’s team. Because not only are Madrid dangerous on the break, but they can also do damage to their rivals from long range.

Saturday’s success was a big boost for Los Blancos, while Ronaldo’s return to full fitness and his finest form are ominous signs for last season’s treble winners. “This time we’re going to get to the final,” Cristiano said this week, after Madrid missed out at the semi-final stage of the Champions League in 2011, 2012 and 2013. On this evidence, it looks likely.

Guardiola and Bayern have been warned.