With early goals not a feature of Madrid’s recent games, back the opening goal to come after the midway point of the first half

Despite missing one of the world’s best players, Madrid should still have more than enough to overcome the Yellow Submarine yet they will remember the problems they faced at El Madrigal earlier in the season where Villarreal held them to a 2-2 draw. 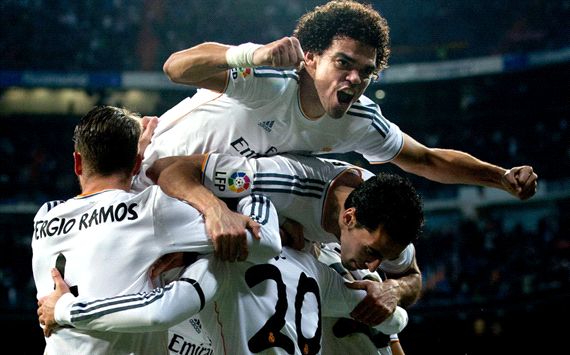 While Villarreal are one of the better teams in the division, their away form has been erratic, oscillating between brilliant (their 5-2 win at Rayo) and stunningly indifferent (the 1-0 defeat at Valladolid in their last game on the road). Madrid for their part have been in relentless form, though their performances have been effective rather than breathtaking.

On the whole they have been getting the job done rather than steamrolling teams and, as such, backing a goalless opening 21 minutes could be a wise investment.

Paddy Power offer odds of 5/6 (1.83) for the first goal of the game to come after the 21st minute and looking at Madrid’s recent league record this looks like an excellent option. This bet had paid out in six of los Blancos’ last eight league matches, while proving the correct selection in 10 of Villarreal’s 12 away fixtures in La Liga.