Our man at the Bernabeu, Phil Kitromilides, believes the recent trend of low-scoring Madrid derbies will continue in the Copa del Rey clash this evening

For the second time this season Real Madrid host cross-city rivals Atletico at the Santiago Bernabeu, only on this occasion instead of three points being at stake, there is a place in the final of the Copa del Rey up for grabs.

Back in September Atleti recorded a famous 1-0 win over their city rivals at the Bernabeu, on the back of their triumph in the final of the Copa last May in the same stadium. 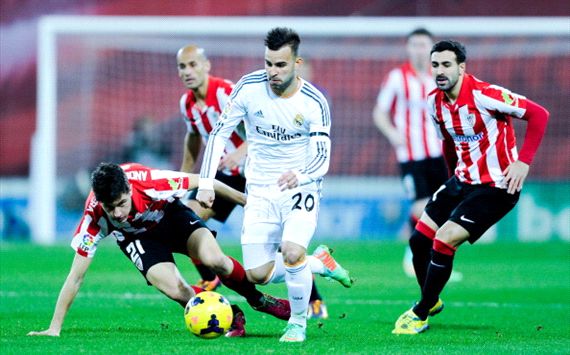 What is certain is that these two sides are extremely closely matched and therefore a tight game looks to be on the cards.

While it may seem wrong to back a low-scoring match, one should bear in mind that these two sides have two of the best defences in the country and have been supremely solid in recent weeks.

Under 2.5 goals is therefore a tempting option at 10/11 (1.91) and is a selection which has paid out in three of the last four Madrid derbies.

Atletico have made a habit of being involved in low-scoring games this season with under 2.5 goals paying out in 16 of their competitive fixtures so far this campaign, while this bet has also paid out in seven out of Real Madrid´s last eight games and it looks the best option for this first leg.