With fewer than 18 months left on their current deals, many of the world’s biggest-name players are set for a key period as their clubs decide on their futures

While many clubs will be spending the next few months attempting to tie down the players whose contracts expire this summer, there will also be the need for some focus on those who will be free to look elsewhere in 2015.

Since the introduction of the Bosman ruling in 1995, clubs have strived to extend deals more than 12 months in advance of their contract expiry in a bid to avoid losing key assets for knock-down prices, or worse still for free come deadline time.

And next year’s crop of Bosman-eligible players is no less star-studded than previous years, with the likes of Toni Kroos and Wayne Rooney yet to agree terms beyond the summer of 2015 and thereby leaving them open to approaches for cut-price moves at the end of this season.

It is now up to the clubs to decide what they want to do about the futures of Kroos, Rooney, Giorgio Chiellini, Ilkay Gundogan and others, with their forward-planning meetings needing to take into account that some players may push for a free transfer in 2015.

Ahead of a summer which could bring about some high-profile sales as clubs aim to get what they can for key players nearing the end of their current deals, Goal looks at the array of top players across Europe who could be on the move, providing the current state of play for each. 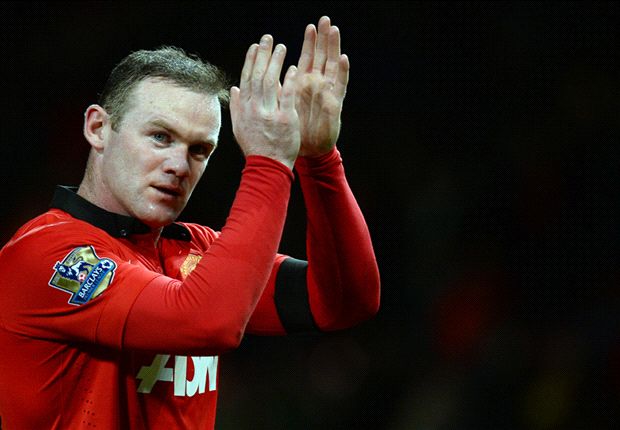 Manchester United have a collection of stars on the verge of the final year of their contracts. Despite clear interest of late from Chelsea, Wayne Rooney looks likely to sign a new deal at Old Trafford worth around £300,000 a week, but David Moyes’ potential cull of playing staff mean others face uncertain futures. Antonio Valencia may be handed a short-term extension, Darren Fletcher‘s status depends on his continued comeback from illness, while Michael Carrick may well be overlooked for a deal due to a downturn in form – with one prospect being early retirement. Tom Cleverley has until November to prove he is worthy of a prolonged stay.

Despite the fact he’ll be 31 by next summer, Per Mertesacker is likely to be offered a new deal by Arsenal if his current form holds. Mathieu Flamini is in the same boat. Mikel Arteta could be moved on, while Thomas Vermaelen and Abou Diaby are almost certain not to be retained, with the Belgian set to be sold this summer. Napoli are interested.

Over at Liverpool, club captain Steven Gerrard will be 35 come the end of his contract but could be retained thanks to his enduring status as a Reds icon. Glen Johnson is currently injured, meaning a decision on his future won’t be made hastily, although Brendan Rodgers is expected to be on the lookout for full-backs this summer.

Aleksandar Kolarov will be allowed to allowed to leave Manchester City for a fee this summer rather than hang around for a Bosman move, while interest from Liverpool and Newcastle could see Micah Richards out of the Etihad in 2014 too. Manuel Pellegrini would prefer Samir Nasri to stay beyond his current deal, although James Milner‘s situation is likely to become clearer after the World Cup – depending largely on his performances in Brazil. Team-mate Edin Dzeko seems happier at City than he was a year ago, but the club could cash in this summer if a good offer arrives.

Elsewhere, Emmanuel Adebayor‘s future could be at Tottenham under Tim Sherwood, with last summer’s high turnover unlikely to be repeated and the Togolese striker finding a new lease of life under Andre Villas-Boas’ replacement. 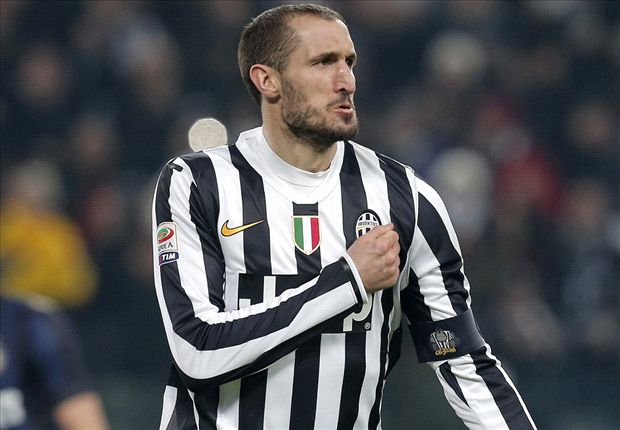 Gianluigi Buffon is set to prolong his deal with Juventus until 2016, when he will be 38, and similar agreements are about to be made with Giorgio Chiellini, Andrea Barzagli and Stephan Lichtsteiner. However, Mirko Vucinic, Sebastian Giovinco and Fabio Quagliarella almost certainly have no place in Antonio Conte’s Juve project and will all be encouraged to find new clubs this summer. Simone Pepe may be retained, with Conte remaining a fan of the ex-Udinese man despite him having played very few games in the last two years. Pepe would need to prove his fitness to win a new deal.

Over at AC Milan, Philippe Mexes is heading towards the end of his contract, but Clarence Seedorf may try to give him more responsibility in order to justify a possible extension, although last week’s disappointing display as captain against Napoli will not have helped his case. Michael Essien‘s short-term deal will in all likelihood be his only contract with the Rossoneri, while Kaka could decide to move back to Brazil at the age of 33 when his contract expires. Nigel de Jong, Ignazio Abate and Giampaolo Pazzini will all find their situations developing over the coming months, with the club yet to be persuaded to offer them new contracts.

Andrea Ranocchia will almost certainly be sold in the summer if Walter Mazzarri remains as Inter coach for 2014-15, with Galatasaray and Borussia Dortmund having both shown significant interest in the defender in January. Hugo Campagnaro is unlikely to extend beyond 2015, while Rodrigo Palacio and Jonathan will both have their futures re-evaluated over the course of 2014.

Roma could be forced to sell Miralem Pjanic if they can’t find an agreement with the Bosnia-Herzegovina international, with Paris Saint-Germain having already shown an interest. Over at Lazio there is a significant question mark over their intentions regarding Cristian Ledesma. 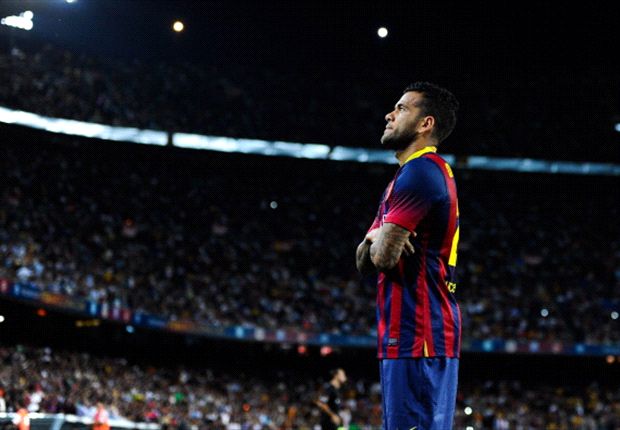 Gerard Pique is the only player of Barcelona’s Bosman class of 2015 who the Catalan giants are willing to consider for a contract renewal. That means potential exits this summer for the likes of Ibrahim Afellay, Isaac Cuenca and most notably Dani Alves, who could be targeted by some of Europe’s top clubs.

Real Madrid are expected to offer contract extensions to Marcelo, Karim Benzema, Alvaro Morata and Sami Khedira, despite the German having been sidelined since the autumn due to injury.

David Villa‘s contract at Atletico Madrid is negotiable on a year-to-year basis, meaning his future will become clearer at the end of the 2013-14 season, while an extension for Ivan Rakitic is expected to be considered a priority for Sevilla given his strong form. Jose Antonio Reyes could leave this summer, however, and with Cicinho back from injury, Coke may be considered expendable in June due to the Rojiblancos‘ boosted stocks at right-back.

Diego Alves‘ elevation to number one at Valencia could see him win a contract extension, while Jonas is almost certain to be offered a new deal as a key member of the squad. Iker Muniain, though, has said that he does not want to consider a contract extension until the end of the season, meaning Athletic Bilbao may be forced to sell him in the summer to ensure they don’t suffer a repeat of the Fernando Llorente saga. 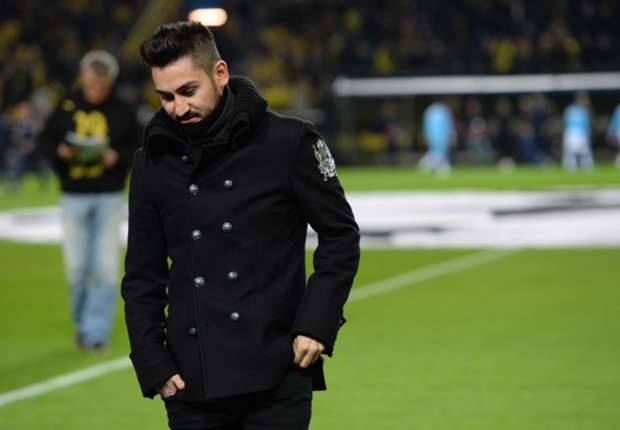 Toni Kroos‘ future is currently one of the hottest topics in Germany, with negotiations between the player and Bayern Munich having so far been fruitless. Manchester United and Juventus are watching the situation closely in view of potentially making a summer bid, but Bayern’s bosses have stressed numerous times they are a ‘buying club and not a selling club’. While the consensus remains that a departure may not be in the player’s best interests, it remains a possibility.

Borussia Dortmund have stated clearly there will be no second case like that which will see Robert Lewandowski in a Bayern shirt next season, and as such Ilkay Gundogan won’t play for BVB in 2014-15 unless he renews his contract. Real Madrid, Barcelona and Manchester United are interested in the German, but BVB are hoping he will talk terms with them once he has recovered from his long-term back injury.

Marc-Andre ter Stegen has already told Borussia Monchengladbach that he will not renew and he is widely expected to replace Victor Valdes at Barcelona this summer for a fee of around €12 million. Fulham want Schalke’s Christian Fuchs to replace John-Arne Riise, with S04 expected to sell him this summer, yet Atsuto Uchida is likely to be offered a new deal despite contract talks having not been opened so far.

Sidney Sam has already agreed to join Schalke this June, while Bayer Leverkusen may also lose their club captain Simon Rolfes in 2015 – a decision is likely to be made on his future at some stage next season. Naldo is expected to leave Wolfsburg before his contract ends due to his status as one of the club’s highest earners and the fact he is now 31 years old. 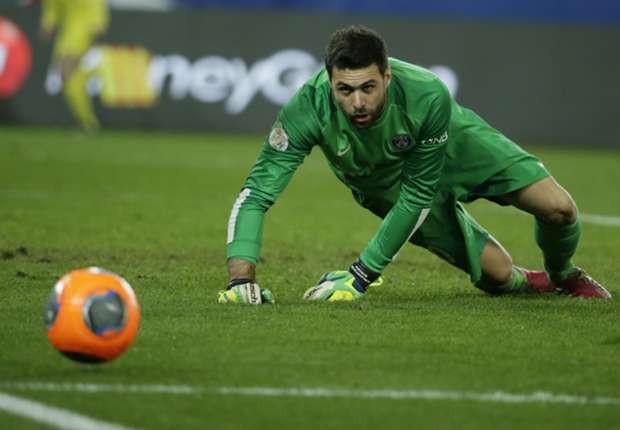 Salvatore Sirigu will have his contract at Paris Saint-Germain automatically extended until 2016 if the club reach next season’s Champions League, as appears likely. However, he could move on if PSG attempt to bring in a keeper of Iker Casillas’ stature. Christophe Jallet could be on the move this summer after losing his starting spot to Gregory van der Wiel, while Maxwell is also unlikely to be offered an extension.

Thiago Motta has already been offered a one-year extension and is expected to sign the deal in the coming days, but Adrien Rabiot may find another club due to the competition for places in PSG’s midfield.

Monaco could reward Jeremy Toulalan for his excellent performances this season with an extension to the two-year contract he signed last summer, while Yannick Ferreira-Carrasco should overcome Claudio Ranieri’s doubts about his work rate by signing a new deal with the club at which he graduated from the youth academy.

Andre Ayew could leave Olympique de Marseille in the summer, with his previous tendency to turn away offers likely to be continued only if l’OM qualify for the Champions League once more next term. The Stade Velodrome side are keen to sell Andre-Pierre Pignac, who is a high earner and has been close to leaving recently amid interest from Newcastle. Rod Fanni will be granted an exit after his agent had an argument with the club.

Yoann Gourcuff is another player who could relocate due to his heavy wage packet, with Olympique Lyonnais looking to make something back on a player they paid €27m for in 2010. With OL building a new stadium, anything they get for Gourcuff will prove useful. Rio Mavuba could leave Lille in the summer having come close to joining Rudi Garcia at Roma last year, and the club are unwilling to let him run down his contract.

In Turkey, Emmanuel Eboue is set to be surplus to requirements after Galatasaray boosted their ranks with two new right-backs in January. Cristian Baroni will also be on the move this summer due to his drop in form for Fenerbahce, but Dirk Kuyt could remain at the club long beyond his current contract having recently been offered a future role as sporting director. Emre Belozoglu will more than likely wave goodbye to football when his deal is up next summer.

Georginio Wijnaldum could sign a new deal with PSV after overcoming a back injury, although Stefan de Vrij‘s future will partly depend on who takes over at Feyenoord and whether or not the defender heads to Brazil with Louis van Gaal’s Netherlands side. Daryl Janmaat could make the most of a good display this summer with Oranje to secure a big-money move away, with Inter having shown previous interest.

Siem de Jong is set to leave Ajax this summer, with several clubs in England and Germany among those jostling for his signature. Meanwhile, Kolbeinn Sigthorsson could depart for a sum of around €5m after a poor recent spell, with a move to the Premier League a possibility so long as he remains injury free.