The Portugal legend died on Sunday at the age of 71, with the game’s great and good paying their respects through the medium of social media

On Sunday morning the world of football woke to the news that Portugal legend Eusebio had passed away at the age of 71.

The Benfica great lifted the European Cup with the Aguias in 1962, was named European Footballer of the Year in 1965 and scored nine goals at the 1966 World Cup.

He is rightly regarded as one of the greatest players to ever play the game, with tributes flooding in from some of football’s finest via Twitter, as reaction to his death gathers pace. 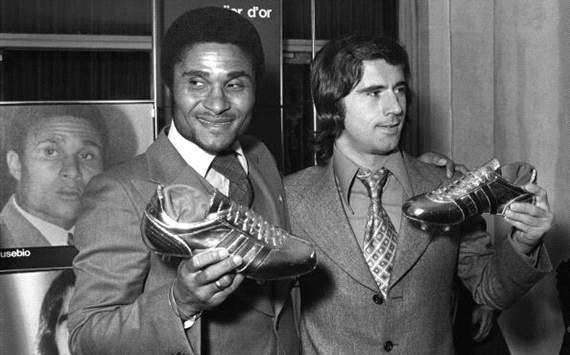 Goal rounds up the latest tweets from across the globe, with two more of Portugal’s finest footballers paying their respects along with a host of respected figures and institutions.

Sad to hear that Eusébio has passed away. 733 goals in 745 appearances will always mark him down as a true legend of the game. R.I.P.

Respect to a man who meant so much to the game I cherish. Eusebio, one of the all time greatest, may he Rest In Peace.

We’re saddened to hear Benfica legend Eusebio has passed away. He was a fantastic player and a friend of the club.