Real Madrid star Cristiano Ronaldo admits the speculation over whether he would win the Ballon d’Or award became very difficult to cope with.

The Portugal international eventually defeated rivals Lionel Messi and Franck Ribery to win the 2013 accolade – the second time he has secured the honour in his career.

The debate surrounding the award was rife in the weeks leading up to the ceremony in Zurich, with key figures from around the football world giving conflicting opinions, as well as controversy over Fifa’s decision to extend the voting deadline.

Ronaldo concedes he found the process nerve-wracking when the speculation began to reach fever-pitch over the festive period.

“I was not just nervous in the Espanyol game the night before – I had been nervous for weeks and all the time before it,” the 28-year-old told France Football in the annual interview given by the Ballon d’Or winner.

“Even my mother was asking me whether I would win! I certainly feel much calmer now that it is all over.” 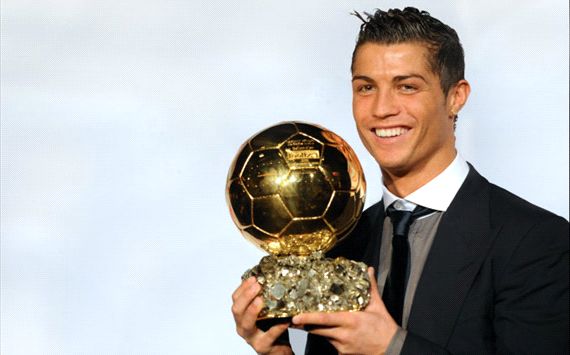 Ronaldo, whose win ended four years of Ballon d’Or dominance from Barcelona’s Messi, last won the award in 2008 as a Manchester United player and says being voted as the winner in football’s most prestigious individual accolade again left him beaming with pride.

He continued: “It was a very emotional moment, especially when my son came to my arms looking happy. That made me lose control of my emotions even more and I started to cry. Then when I saw my family’s tears, I cried even more.

“They were honest tears. I did not expect it and in that moment I felt very happy. For those who don’t know me, it must have been a huge surprise to see me cry like that. I always look serious on the pitch but I am a natural and spontaneous person.

“I am not going to rest on my laurels. I want more, both with Real Madrid and Portugal. The Ballon d’Or is not an end in itself, even if every player dreams about it.

“Ribery had an exceptional year and could have won and the same goes for Messi. In the end it went to me – it was a spectacular year with a lot of goals.”

Ronaldo insists he had no idea he had won the award until the moment he was announced as the winner and has been angered by claims made to the contrary.

He added: “I did not know I had won until Pele said my name. Many people believe I went to the gala because I knew I had won, but I attended every year even when I was only on the podium.

“People also said that I took my family because I knew that I would win but they have come with me three times. My son travelled for the first time, but that is because he was very young before.

“It made me angry that people said that we knew I was going to win. That was not how it was – if I had known, I would have prepared my speech a bit more!”

Ronaldo is expected to play when Real Madrid face Espanyol in the first leg of their Copa del Rey clash on Tuesday.