When you are rooted to the bottom the of the table, seven points from safety and without a league win for almost four months, the last thig you need for a visit from Real Madrid. Yet football is fond of throwing up twists in its narrative and Betis will be aware of their recent good record at home against the Whites.

Last season Betis beat the side from the capital 1-0 while the campaign before, only a late Cristiano Ronaldo goal salvaged a 3-2 victory for Madrid.

So while it is far from ideal to be facing them, Betis know that they usually raise their game to host Madrid and that is exactly what they will have to do on Saturday afternoon, with pricing the verdiblancos at 17/2 (9.50). Carlo Ancelotti’s men remain firm favorites at 2/7 (1.28) with the draw offered at 9/2 (5.50). 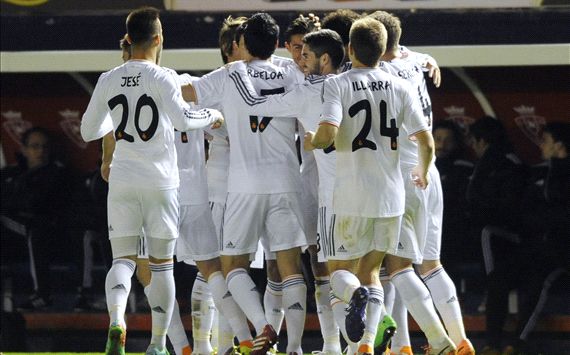 In the first game of the season Betis gave Madrid some real problems at the Bernabeu, taking the lead through Jorge Molina and only denied a point by Isco’s winner four minutes from the end.

That was before the proverbial rot had rot in and the side had been sapped of confidence, not to mention had their coach changed.

The replacing of Pepe Mel with Juan Carlos Garrido has not yet worked, and Betis are still conceding far too many goals.

Indeed, Betis have the second worst defence in the division having let in 38 goals in 19 games, while things at the other end of the pitch are equally worrying with their haul of 16 goals scored the lowest in the Spanish top flight.

If they are not scoring and conceding plenty as well, then Betis should in theory prove little challenge to Madrid and backing the Whites to win with -1 goal handicap at 8/11 (1.73) looks big enough to invest in.

This bet has paid out in three of Madrid’s four games so far this year, and with Madrid yet to conceded a goal themselves in 2014, there is every chance that they can beat the division’s bottom side by a comfortable margin.