Real Madrid fans were furious. Already annoyed by the sale of Mesut Ozil to Arsenal, Blancos followers were disgusted to read late last year that Angel Di Maria may be off in the January window to join Monaco.

On Monday night, those same supporters were angry again, except this time, the Argentine winger was the butt of their ire. A desperate display from the former Benfica man brought the inevitable: he was substituted in the second half as Madrid badly needed a goal in what was becoming a tougher test than it should have been in the home match against Celta Vigo. Off trudged the 25-year-old, amid a chorus of jeers, to be replaced by Jese. And such was the impression made by the youngster that he could find himself taking the Argentine’s place in the longer term as well.

Almost unplayable at his brilliant best, Di Maria was at his woeful worst on Monday: wayward, wild and one-dimensional. With Cristiano Ronaldo somewhat subdued before his two late goals in a more central role, the Argentine looked like the man to provide the inspiration, yet a poor performance only served to highlight his inconsistency. 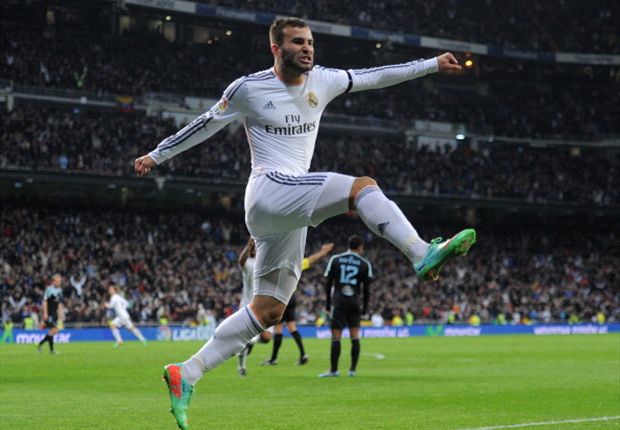 The future | Jese made a key impact after replacing Di Maria

As he walked off the pitch, the winger made the mistake of adjusting his shorts in what was interpreted by some as an obscene gesture aimed at his vociferous detractors in the Bernabeu stands. “If Di Maria responded to the crowd like that, he made a mistake,” coach Carlo Ancelotti said afterwards. But the player claimed the incident had been blown out of all proportion. “There was no gesture,” he explained. “I was only adjusting myself.” He looked to have a point, but the damage was already done.

Worse was to come for Di Maria as first Jese and then Gareth Bale (his two main rivals for a first-team place) helped Madrid break the deadlock and in the end achieve a comfortable three points. The youngster has been knocking on the door for a starting spot ever since his goal in the Clasico in October and hit the winner in the friendly against Paris Saint-Germain in Doha earlier this week. This was his chance and he grabbed it with both hands, with the forward made an instant impact as he shook up the Madrid attack and set up Karim Benzema for the crucial opening goal.

It is believed by some within the capital club that Jese can go on to become the best player in the world within five years and, at just 20, the forward is seen as very much the future of Real Madrid. Di Maria, by contrast, is already starting to look like the past.

“I love playing and helping the team, not talking to the press,” the winger told reporters later. “I’m happy here. I have the support of my team-mates and of coach Ancelotti.” And the Italian did not seem overly concerned by the Argentine’s poor performance. “Di Maria tries to play as well as he can, but he’s at a point where he is getting booed – just like everyone else has.”

In the summer, the Argentine fought hard to impress Ancelotti and earn his stay at Madrid when the club were willing to sell him. Several months on, he faces a fresh fight for his future at the Bernabeu. And with Bale returning to full fitness and Jese making his mark, this time his days at the Spanish side may truly be numbered.