The cult of the individual looks likely to rival the spirit of the collective at Brazil 2014, with four formidable footballers standing out in their sides’ hopes of glory

It will be a quiz question for years to come. Who won the Golden Ball at the 2010 World Cup? Spain’s success owed more to their passing philosophy and Tiki Taka, while beaten finalists Netherlands were more mechanichal than mercurial: a robust clockwork Oranje. In fact, the tournament’s best individual player represented neither of those two teams. Instead, it went to Uruguay’s Diego Forlan.

Forlan was fantastic as the South American side reached the semi-finals in South Africa, but if his choice for the Golden Ball was surprising, it was because no other candidate stood out from the crowd. Lionel Messi made several goals for his team-mates but failed to convert himself and was unable to inspire Diego Maradona’s men when it mattered most; Cristiano Ronaldo scored against only North Korea and was isolated as a meak Portugal side succumbed to Spain; Kaka played through pain and operated virtually on one leg for Brazil; and Germany, like la Roja, earned success through team spirit and collective strength.

But that was then and in 2014, the successful sides are likely to combine collective greatness with individual inspiration: Italy will look to Andrea Pirlo, Spain to 2010 hero Andres Iniesta, Uruguay this time to the brilliant Luis Suarez. However, there are four footballers ahead of the crowd in the race for the Golden Ball in Brazil – and here Goal takes a look at their hopes of individual success in 2014 following Friday’s Final Draw. 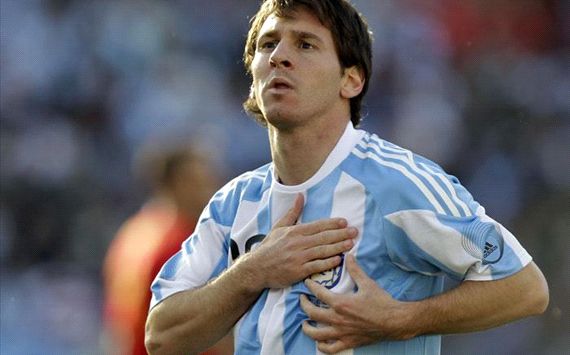 Lionel Messi may be injured right now, but the Argentina ace will have been buoyed by the positive news of his nation’s World Cup draw.

Messi may even benefit from a rest and return to his breathtaking best by the time the summer comes around and the 26-year-old will fancy his chances of doing damage against Bosnia-Herzegovina, Iran and Nigeria at Brazil 2014.

The Barcelona forward has just one World Cup goal to his name so far (against Serbia in 2006), but travels to Brazil in what should be – in theory at least – the peak of his powers.

Argentina’s accessible group plus the probability of avoiding the favourites until the semi-finals means Messi is well placed to make his mark on this World Cup, even more so taking into account the fact that European teams traditionally struggle to shine when football’s foremost competition is staged on Latin American soil. 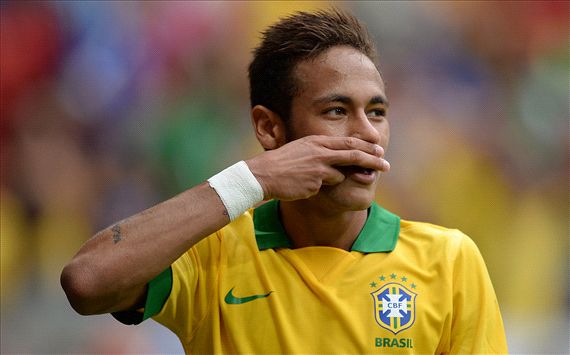 Neymar will be even more suited to the conditions than Messi, given that he will be playing on home soil in next year’s showpiece spectacle.

Still only 21, the former Santos forward is already Brazil’s undisputed leader and is the central figure for his national team – something which is not currently the case at Barcelona.

Neymar led Brazil to success with some sparkling displays at this year’s Confederations Cup and it will be hoped the precocious talent can produce a repeat performance in front of his expectant fans next year.

Brazil should negotiate Group A (which also features Cameroon, Croatia and Mexico), but the youngster may need to be at his brilliant best as early as the second round of the competition, when one of Spain, Netherlands or Chile will await.

Pass that test and the sky is the limit for Brazil – and for Neymar. 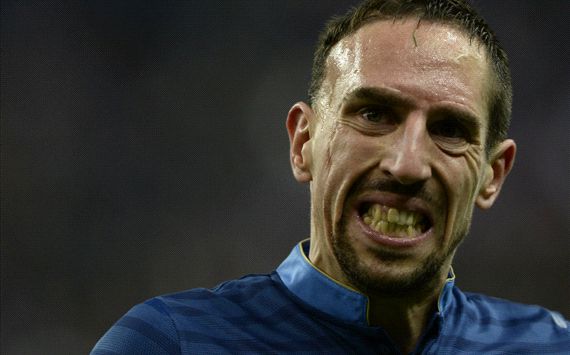 Franck Ribery may be playing for one of the more unfancied sides at Brazil 2014, but France’s favourable draw for the World Cup means he will have a big opportunity to make an impact.

The Bayern Munich winger, who is in the running for the Ballon d’Or along with Messi and Cristiano Ronaldo, will face Ecuador, Honduras and Switzerland in Group E and his side are perhaps the biggest winners after the Swiss shot up to eighth in the Fifa rankings in October to claim a seeded spot.

That saw France (in Pot 4) avoid the big teams like Brazil and Spain, as well as other potential seeds such as Italy, England and Netherlands.

Les Bleus will be expected to top their sector and shoud they do so, will likely meet Bosnia-Herzegovina or Nigeria in the last 16, giving Ribery ample time to make his mark on the competition. 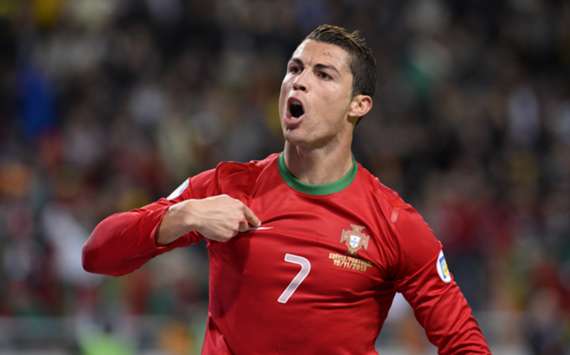 Cristiano Ronaldo is now the favourite to win the Ballon d’Or after his four-goal show over two legs fired Portugal to the World Cup at the expense of Zlatan Ibrahimovic’s Sweden.

Ronaldo will be playing in his third World Cup but has just two goals from 10 appearances so far in the competititon and will be expected to improve on those stats following his stunning start to the current campaign with Real Madrid and Portugal.

The Portuguese face Germany, Ghana and USA in a difficult Group G, but will be fancied to advance along with Joachim Low’s men.

A second-round meeting with Belgium or Russia (who finished above Paulo Bento’s side in qualification) could prove problematic and Portugal will look to their star man for inspiration as they attempt to go beyond their last-16 finish in South Africa and perhaps emulate their semi-final apperance of 2006.

By the time the 2018 World Cup comes around, Cristiano will be 33. So this, in a nation where his countrymen settled so many years ago, is quite probably his last big chance to conquer the greatest stage of all.