Real Madrid’s press conference on Monday afternoon became the scene for the latest round of protests against Champions League sponsor Gazprom.

Little over quarter of an hour into the press conference, a slide screen behind the Madrid representatives slid down revealing the message: “Save the Arctic: Show Gazprom the Red Card.” 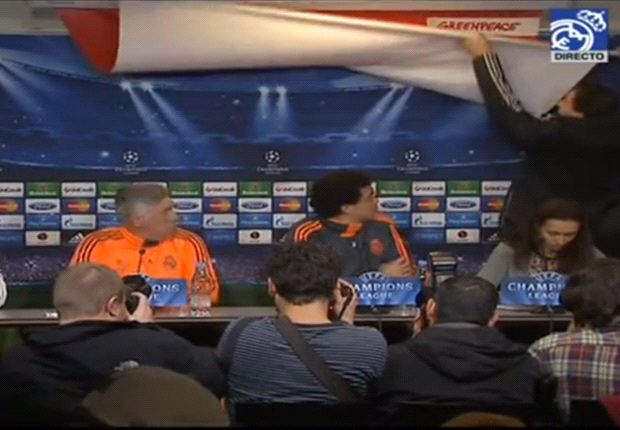 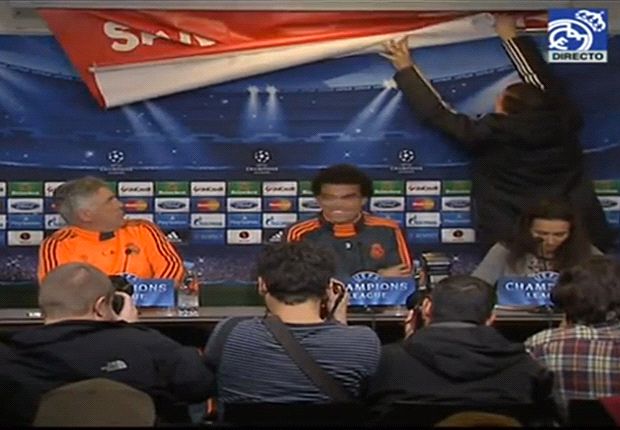 This is the second time this season that Greenpeace has launched such a successful protest, with a huge banner unveiled during Schalke’s meeting with FC Basel earlier this season forcing a brief stoppage in the game. 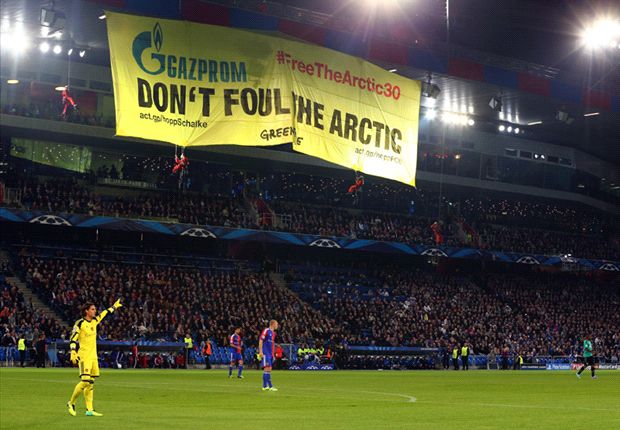 The environmental campaigners are concerned Gazprom’s drilling in the Arctic will cause significant problems with the ecosystem in the region and that there are insufficient safety nets in place in the event of any oil spillages.

While their protests have included boarding Gazprom vessels, leading the Russian government to threaten the group with piracy charges, the Champions League has offered a more visible platform for Greenpeace’s demonstrations.