The Goal Transfer List 2013 revealed the details of the deals which broke all records. Over €1 billion was lavished on marquee signings like Gareth Bale, Edinson Cavani and Neymar as Europe’s richest clubs pushed their transfer activity into overdrive. Next year promises to be even bigger.

With the World Cup in Brazil, the talent could be moving again for incredible sums of money. Here are 10 coveted players who could change clubs in 2014 and make next year’s Goal Transfer List. 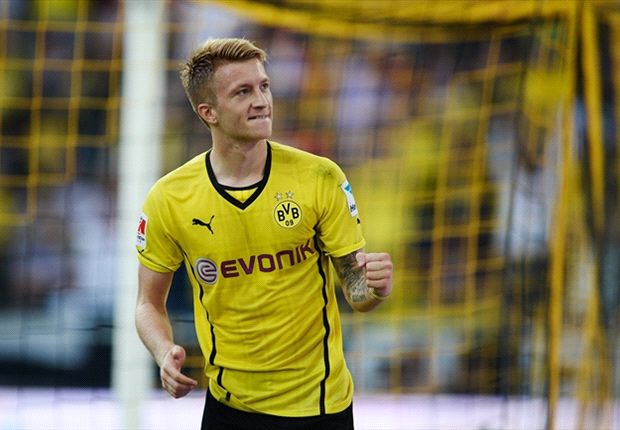 The curse of the release clause could strike Borussia Dortmund again as CEO Hans-Joachim Watzke confirmed that a bid over a set figure – believed to be in the region of €35 million – could see Marco Reus depart the Westfalenstadion.

It has not been a good season so far for Dortmund and anything other than a Champions League place finish would be seen as a disaster. Given their form that is no foregone conclusion. Reus, a boyhood Dortmund fan, has already turned down a move to Manchester City but has been linked with Manchester United ahead of the winter transfer window.

Dortmund fans have become accustomed to watching their biggest players depart every summer and, with Robert Lewandowski leaving on a free, Reus could be the man sacrificed to make the money next year. 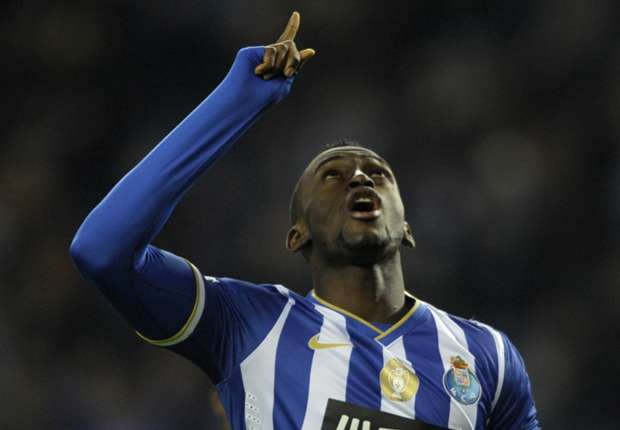 With Chelsea crying out for reinforcements as their three main strikers struggle for meaningful goals in the Premier League, speculation has intensified that Jackson Martinez will be the latest centre forward to try his luck at Stamford Bridge.

It was his fellow countryman Radamel Falcao that the Blues wanted last summer before he opted for Monaco, however, Jose Mourinho could prise Martinez from Porto, where he has a release clause of €40m.

The Colombian has also attracted interest from Borussia Dortmund since signing from Jaguares in Mexico for an €8.8m fee in 2012. 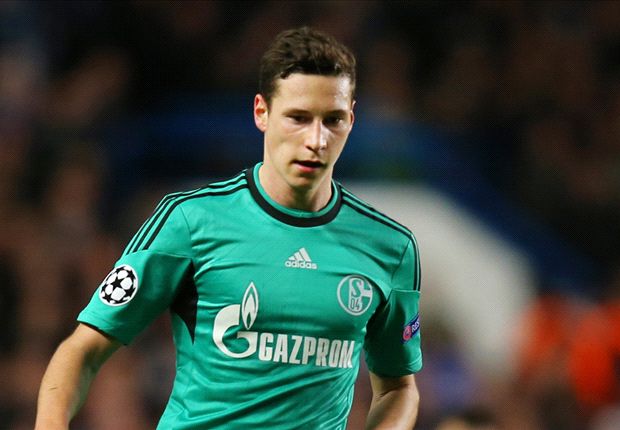 There is no chance that the Schalke star will be leaving in the winter transfer window with a Champions League last-16 tie against Real Madrid to come in the spring. However, it would be very surprising if the 20-year-old was still at the Veltins Arena by the time next season rolls around.

He has spoken of his admiration of Arsenal while Liverpool and Chelsea have also been credited with interest. Given that he has a €45.5m release clause in his contract due to take effect in the summer, it is fair to assume the Schalke will cash in.

A strong World Cup campaign for the German will see him as a man in demand. 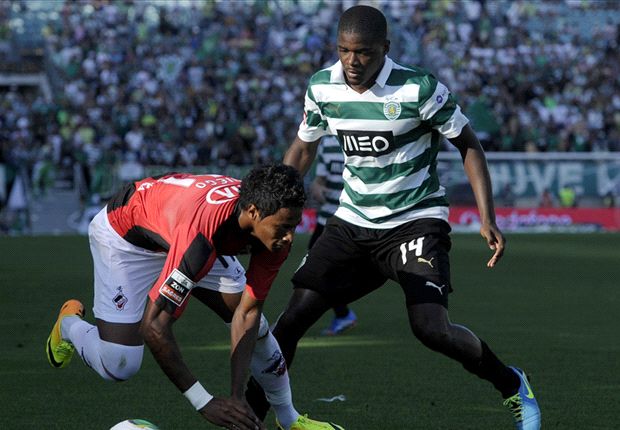 This has been the breakout season for Carvalho as he has made the step up from the Portugal Under-21s to take his place in the senior reckoning ahead of the World Cup.

The strapping centre midfield player has enjoyed loan spells at Fatima and Cercle Brugge but has come into his own this season for Sporting, alerting the continent’s top clubs to his potential.

Sporting have slapped a €45m release clause on the Angola-born midfielder after tying him down to a new contract in the summer. His deal does not expire until 2018 meaning any suitors, Manchester United included, will have to part with a considerable sum for his signature. 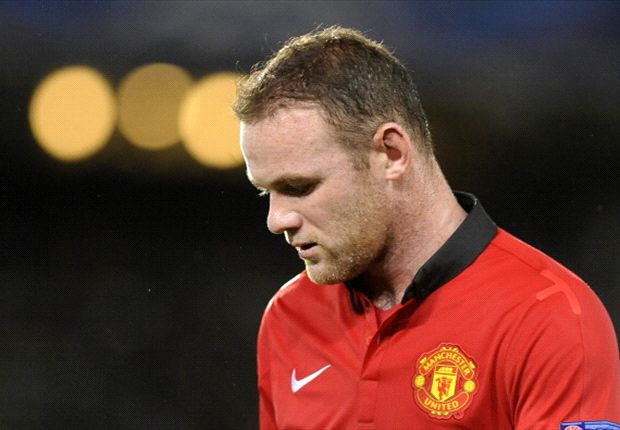 Contract negotiations between the England forward and Manchester United are at an impasse with Wayne Rooney yet to enter meaningful discussions over new terms. The 28-year-old has only 18 months left on his current deal and holds all the aces over his club.

If United let his contract run down much beyond next summer’s transfer window, they will risk losing him for nothing.

Chelsea are known to be chief admirers and they failed with a summer approach. If Jose Mourinho has any designs on taking Rooney to the English capital then he must strike next summer.

It was the €40m transfer that took the world by storm in 2012 and the indications are that Hulk would be ready to quit Zenit in order to move to a bigger league next summer.

The 27-year-old will more than likely be a starter for Luiz Felipe Scolari and a good performance at the World Cup on home soil should have the suitors queuing up around the block.

Chelsea and Tottenham Hotspur have both been credited with interest in the former Porto forward who packs a powerful shot and who can be a match-winner on his day.

The Russians will look for a significant return on their investment, however, with Hulk tied to the club until 2017. 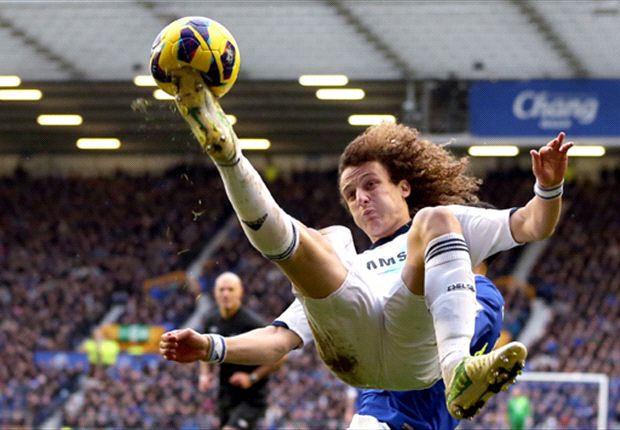 The Brazilian centre-back has only featured intermittently under Jose Mourinho and performances the type of which came in the league defeat to Newcastle only seem to confirm the Special One’s suspicions about David Luiz’s suitability for his system.

Twice Chelsea repelled Barcelona bids for the 26-year-old in the summer, who signed for €25m in the winter of 2011.

The Spanish champions reportedly went as high as €40m for Luiz and might be sufficiently encouraged to try again for his signature in January.

He is the man who was supposed to make way for Gareth Bale at Real Madrid but it has not quite worked out like that. Angel Di Maria has played brilliantly for los Blancos so far this season but is still on the shopping list of a number of top clubs.

The playmaker signed from Benfica for €25m has a contract running until 2017 and a starring display for Argentina at the World Cup is likely to push his price even higher. Manchester United and Monaco are both known to be keen and Real Madrid could deal for a €35m fee. 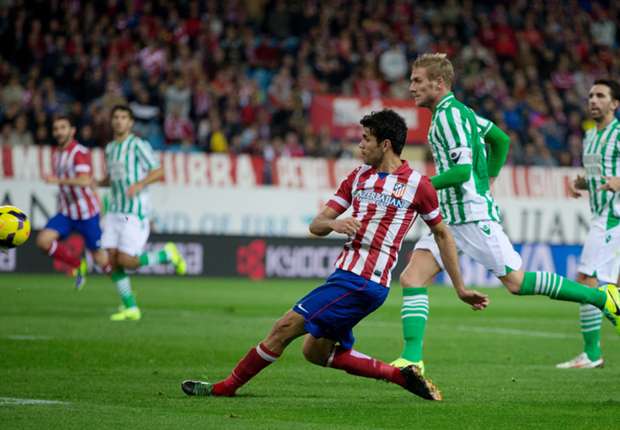 The Brazilian has become one of the most coveted players in Europe as his goals have helped propel Atletico Madrid up the Liga table and it is easy to see why Spain and his native country have become embroiled in a tug of war over which side he will represent at the World Cup next summer.

Liverpool activated his buy-out clause last summer with a bid of around €25m but Atletico held onto their man and rewarded him with a new deal until 2018. If he goes next summer – with Chelsea and Arsenal now known to be keen – he will go for big money. 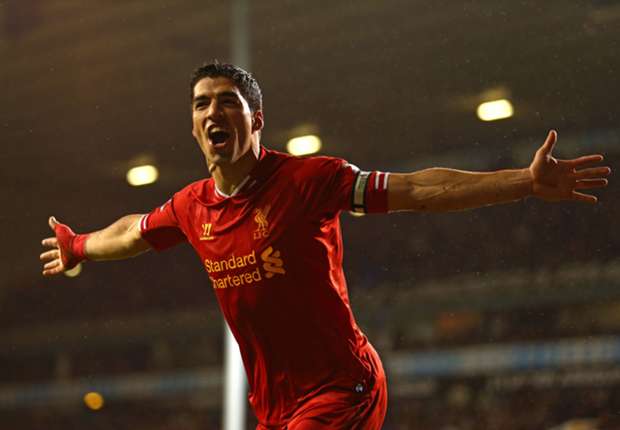 Far and away the best player in the Premier League this season and there is not a team in the world that Suarez would fail to improve. His sketchy disciplinary record would not put off any club and Real Madrid and Arsenal are known to be keen.

Given the 26-year-old’s recent form, it could be take a world-record fee to lure the Uruguayan away from Anfield. Suarez is tied to Liverpool until 2016 but, if they fail to qualify for the Champions League, it is easy to see him leaving.

Arsenal thought they triggered a €40m release clause in the summer but Liverpool managed to see off their interest.