Goal’s streaming service LIVESPORT.TV will be showing every kick of Friday night’s World Cup qualifying play-off between Portugal and Sweden.

The game sees Cristiano Ronaldo and Zlatan Ibrahimovic lock horns as two of the world’s best players attempt to guide their nation to next summer’s World Cup finals in Brazil.

The game kicks off at 19.45GMT on Friday November 15 and you can watch all of the drama unfold live on LIVESPORT.TV. 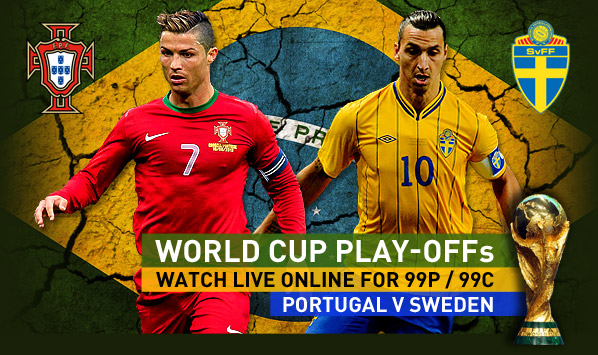