Our man in Spain, Phil Kitromilides, is backing Carlo Ancelotti’s side to continue their excellent recent scoring run in Andalusia this weekend

Real Madrid make the trip to Almeria on Saturday night hoping to continue where they left off before the international break.

The Blancos scored 15 goals in their last three league matches and while the odd question remains about their defensive organisation, up front they look deadly.

Madrid’s record of just two clean sheets all season, coupled with Almeria’s solid scoring form means that both teams to score is offered at just 4/7 (1.57), a price too short for our consideration. 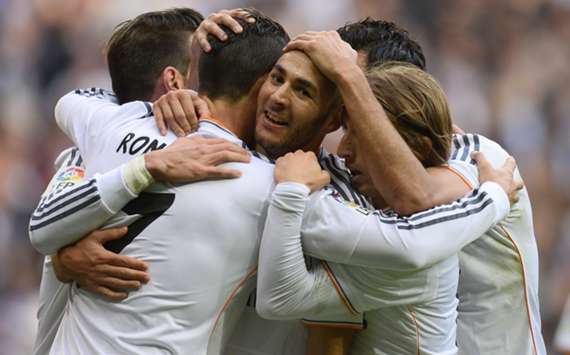 Instead backing Madrid to continue their impressive scoring record by netting over 2.5 goals looks a much better option offered at 4/5 (1.80).

This selection has already paid out seven times in competitive fixtures involving Madrid this season, as well as in one of their last three league matches.

Furthermore, Madrid have fond memories of this fixture, having scored a staggering eight goals the last time that the two sides met.

With Cristiano Ronaldo maintaining his relentless scoring form, and Gareth Bale and Karim Benzema enjoying their best form of the season, there is every chance that Madrid can score three goals against one the division’s weakest sides.