The winger was unveiled on deadline day to a huge crowd at the Bernabeu – but how well will he perform this season and is there value in the markets on him?

Real Madrid unveiled Gareth Bale to the world on Monday as the most expensive footballer ever after the completion of his €100 million move from Tottenham.

It was a signing that has looked an inevitability for months, never mind weeks, though the sight of 20,000 Madridistas cheering their latest arrival at the Santiago Bernabeu on deadline day was still eye-catching. 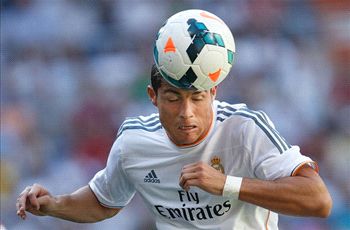 To celebrate the mega-money signing by Carlo Ancelotti, BetVictor have a host of specials on the back of his record-breaking move.

The winger was undoubtedly one of the finest players in the Premier League last season and single-handedly won Spurs numerous points that otherwise would have been dropped with a moment of individual genius.

However, Bale did not compete in the Champions League, lift a trophy or shine in a major international tournament in the past 12 months so beating to likes of Messi, Ronaldo and many of Bayern Munich’s stars would be extremely difficult. More likely is to keep an eye on the ex-Southampton man’s odds for the following year’s award. 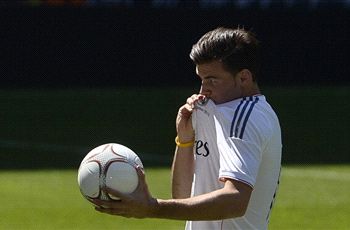 It should be fascinating to see how Ronaldo deals with having to share the limelight this season and whether or not the duo can maintain their high standards in the same set-up.

BetVictor make Bale have odds of 10/11 (1.91) to score 15 goals or more in La Liga this season – which, considering Madrid’s tendency to hammer domestic opponents when at their peak, is an excellent opportunity for those interested in winning a long-haul punt. Punters who can see the opposite happening – Bale scoring fewer than 15 goals this campaign – can get identical odds of 10/11 (1.91).

Another option in the goalscoring market is Bale as 3/1 (4.0) to be Madrid’s top Champions League goalscorer in 2013-14. The Blancos have been drawn alongside Juventus, Galatasaray and Copenhagen and the Wales international will have competition from the likes of Karim Benzema, Isco and of course Ronaldo.

Alternatively, for those who believe his impact will be massive, Bale is 20/1 (21.0) to be the Champions League’s top goalscorer. An uber-optimistic Bale and Madrid fan might even consider putting money on the long-shot bet of the 24-year-old becoming top goalscorer in this season’s elite European competition as well as the club finally claiming La Decima at odds of 50/1 (51.0).

Sign up with BetVictor for a free bet up for £25