Vicente del Bosque has called five young players up to his latest squad as planning begins in earnest for Brazil 2014 – but how many can make the final cut next summer?

Spain’s summer was one of mixed fortunes on the football field. The world and European champions had been expected to cruise to another success, but lost out to a brilliant Brazil team in the Confederations Cup. Prior to that disappointment, however, la Roja‘s Under-21s claimed another continental crown and many of those players are now knocking on the door of the senior side.

Vicente del Bosque’s side lacked legs in the final against Brazil, outfought and outmuscled by Luiz Felipe Scolari’s superb Selecao. Xavi looked slow, while the strikers flattered to deceive, the defence was too easily exposed and nobody really staked a claim from the bench.

Del Bosque is clearly concerned and, wisely, the 62-year-old has taken the opportunity to test some of the country’s crop of young talent this week in the friendly against Ecuador, with Isco, Thiago, Inigo Martinez, Koke and Cristian Tello all promoted from the Under-21 team.

Here, Goal takes a look at whether those fortunate five – plus several other outsiders – can make the cut for Spain’s squad at the World Cup next summer. 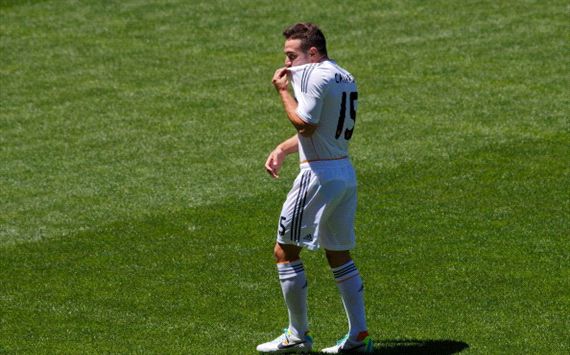 Dani Carvajal was not even in the Spain side which claimed the Under-21 European Championship earlier this summer, deputising instead for Barcelona’s excellent Martin Montoya. But Carvajal was the finest right-back in the Bundesliga last term in his sole season with Bayer Leverkusen and is expected to shine on his return to Real.

And while Montoya is unlikely to dislodge Dani Alves on the right at Camp Nou, Carvajal will compete directly with Spain’s current first-choice right-back: Alvaro Arbeloa. And if he can win a place ahead of Arbeloa at club level this term, it is difficult to see how Del Bosque could stick with the former Liverpool man and not call up Carvajal next summer – particularly as right-back is probably Spain’s weakest position at the moment.

Dani has looked bright in pre-season for Madrid, but he will need to be first choice by the end of the season to have a realistic chance of making the plane to Brazil with either Arbeloa or Arsenal’s Nacho Monreal. 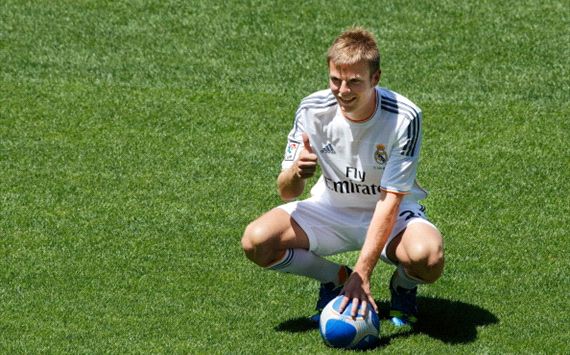 Another summer signing at Madrid, Asier Illarramendi is seen as a long-term replacement for Xabi Alonso for both club and country.

However, the €30 million midfielder has barely featured for his new club in pre-season and word is that his recent injury was caused by the sheer stress and upheaval of moving from his family environment and a small town in the Basque Country to the bright lights of Madrid and Real.

Time will tell how he adapts to his new club and whether he can hold down a regular starting spot despite those problems, as Xabi recovers from an injury of his own which kept him out of Spain’s Confederations Cup campaign. At the moment, however, he seems like a long shot for inclusion next summer. 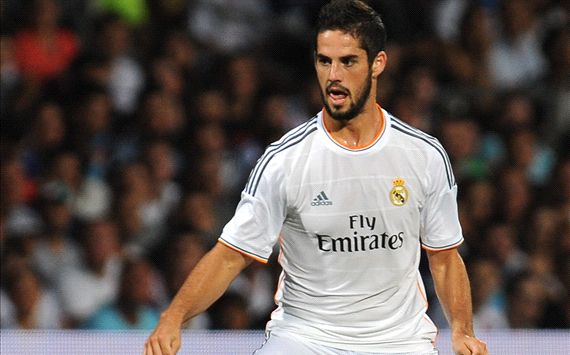 One man who does seem certain to make the cut for Spain next year is Isco, another Spanish starlet to have made the move to Madrid this summer after signing from Malaga.

“Isco is the future of Spain,” Del Bosque said himself last week and the attacking midfielder is the finest footballer to emerge from la Roja‘s recent conveyor belt of talent.

Isco’s flexibility means he can operate either as a midfielder, an attacker or a playmaker, and his fine form is likely to leave players such as Santi Cazorla, Juan Mata and David Silva sweating over their places in the Spain squad next summer. 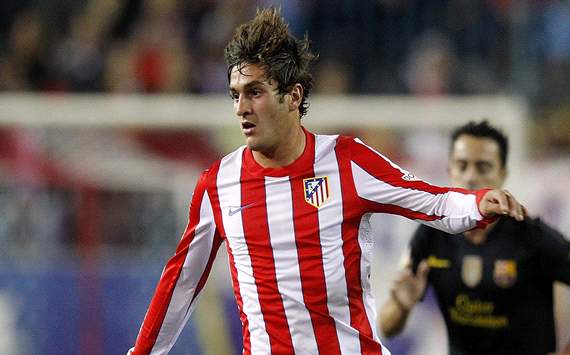 Another midfield man in contention for a place in the senior squad next summer is Atletico Madrid’s Koke.

The 21-year-old possesses excellent vision, works hard in midfield and puts in a lot of running off the ball to benefit his team-mates, making him ideally suited to the philosophy of coach Diego Simeone at Atletico.

He will have his chance to stake a claim against Ecuador this week and in his favour is the fact that he is a little different to Spain’s other players across the centre of the park. However, the wealth of options in midfield means he faces a real battle to be included in the 23-man squad next summer. 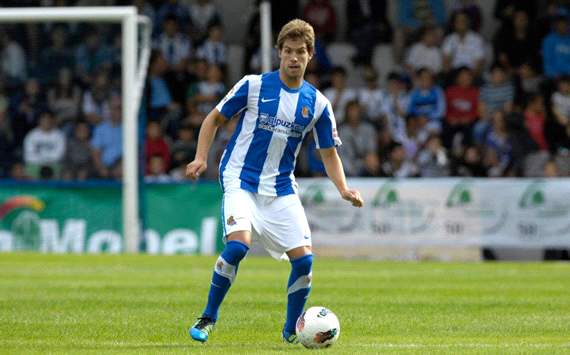 Inigo Martinez is blossoming into a fine central defender. Still prone to occasional errors, the 22-year-old has looked more commanding with each passing season and was instrumental as Real Sociedad qualified for the Champions League last term.

With a penchant for both long-range strikes and hard tackles, Martinez is an interesting mix and the Basque defender will hope to build on his excellent campaign in 2012-13 to claim a berth in Spain’s squad next summer.

Barcelona’s Carles Puyol will be 36 by then and is approaching the end of his playing days having been plagued by persistent problems with his knee, while Raul Albiol featured sparingly at Real Madrid last term and will hope for more playing time at Napoli. Even if he does step up, however, there is a place in defence up for grabs and Martinez looks to be in pole position to claim it. 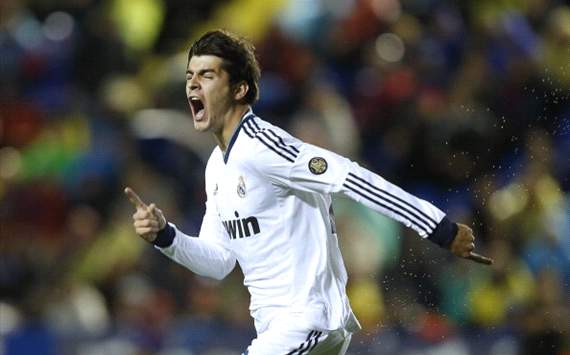 Alvaro Morata has not been included in Spain’s squad to face Ecuador, but the Madrid youngster looks set to be in line for more opportunities at the Santiago Bernabeu this term following the summer sale of Gonzalo Higuain to Napoli.

Morata will now compete with Karim Benzema for the starting spot up front at Madrid and with Spain’s strikers all failing to completely convince at international level, he could be in with an outside chance of making Brazil 2014.

At the moment, however, he is behind a host of frontmen – including David Villa, Fernando Torres, Roberto Soldado and Alvaro Negredo. 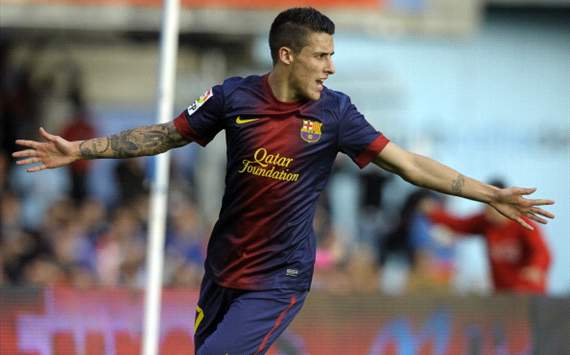 Cristian Tello was an intriguing call-up by Del Bosque, but the Barca winger stands a better chance than many of making it to Brazil next summer – purely because he offers something completely different.

Largely ignored by former Barca boss Tito Vilanova for the big games last term, Tello brings pace, trickery and finishing ability to a team struggling to take advantage of its dominance in possession and territory.

Spain only play with one central striker anyway (and sometimes not even one, but a false nine like Cesc Fabregas), so Tello could be preferred to other ineffectual forwards such as Fernando Torres, Alvaro Negredo or Roberto Soldado. 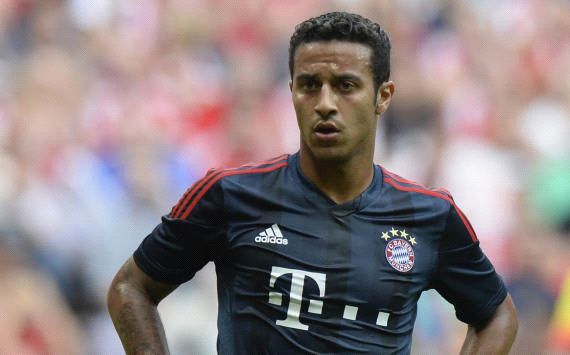 The other La Masia graduate who could step up in 2014 is Thiago. The midfielder moved from Barca to Bayern this summer but appears to have boosted his chances of a place in Brazil next year after a positive start to life in Munich following frustration on the Blaugrana bench last term.

During the Under-21 European Championship, Thiago featured further forward than usual as the ‘focal point’ in his side’s attack, while he has also operated as a defensive midfielder under Pep Guardiola at Bayern.

Such flexibility will stand him in good stead and with Xavi slowing down somewhat, he (along with Cesc) can slot in seamlessly as well as providing cover in other positions and an intriguing option as a false nine, too, having hit a hat-trick in the Euro final success (4-2) against Italy earlier this summer.