Goal.com nominates the top three stand-out performers for the capital club in 2012-13. Vote for your winner in our exclusive poll

Real Madrid started the season slowly and quickly fell off the pace behind Barcelona in the race for La Liga, but Jose Mourinho’s men edged out the Catalans in the semi-finals of the Copa del Rey to set up a showpiece meeting with city rivals Atletico next month and are also in the last four of the Champions League.

Despite the disappointment of failing to retain the Liga title they claimed last season, Madrid’s campaign seems to be coming together just at the right time and, crucially, many of the squad are now on form.

Luka Modric is looking good after a period of adaptation following his summer move from Tottenham, Sami Khedira is much improved this term, Diego Lopez has been a revelation in goal since stepping in to replace the injured Iker Casillas in late January and Gonzalo Higuain is back on form up front. Mesut Ozil and Fabio Coentrao have also done well, while Sergio Ramos has led by example with some polished performances at the back.

But there are three players who have excelled even more than any of those for the capital club in 2012-13. So here they are: Goal.com‘s three nominees for Real Madrid’s player of the season, based on their club performances in all competitions. Cast your vote in the poll at the bottom of the article. 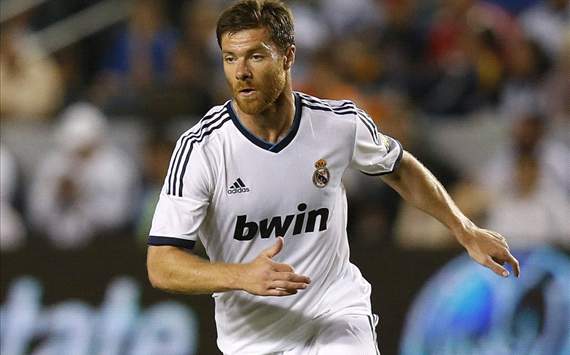 Xabi Alonso’s importance to Real Madrid was highlighted last week as Mourinho’s men lost 3-2 to Galatasaray in Turkey. The Basque midfielder, 31, missed that game after making sure he picked up a yellow card in the first leg and thereby ensuring he would be available for the semi-final following a one-match ban.

However, without him on the pitch, Madrid came close to capitulating; 3-1 down with 18 minutes left, Real were on the ropes until Cristiano Ronaldo’s second sealed a place in the last four.

While Madrid are definitely dependent on Ronaldo, they also seem to struggle when Alonso is missing. The former Liverpool midfielder excels as a deep-lying playmaker and operates almost as a quarterback for the capital club, spraying passes all around the pitch for his talented team-mates, yet he also provides steel with intelligent interceptions and tough tackling. Both of those aspects were sorely missed in Turkey.

There is perhaps not another midfielder in the world quite like Alonso and while Ronaldo is obviously the first name on the Madrid teamsheet these days, the ultra-consistent Xabi is probably the second. Without him, Madrid are just not themselves. 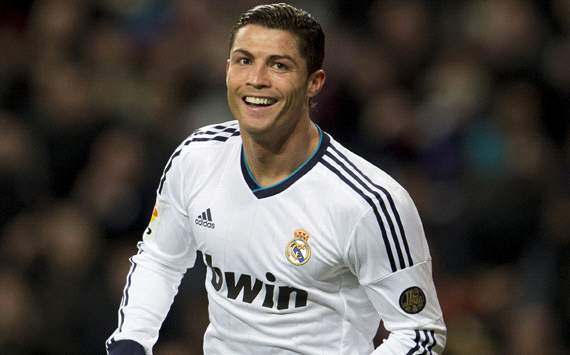 Cristiano Ronaldo, 28, reached 50 goals in a single season for the third campaign in a row with his double at Athletic Bilbao on Sunday night.

The Portuguese has had his problems at Madrid this term, with his well-publicised ‘sadness’ earlier on in the campaign, yet he has been at his brilliant best since Christmas and taken his goalscoring ratio to over one per game since then, hitting 11 in just 10 Champions League matches, as well as six in six as Real have progressed to the final of the Copa del Rey. With strikers Karim Benzema and Higuain blowing hot and cold in 2012-13, Ronaldo’s goals have been crucial to Madrid’s success in the second half of the season.

How many trophies Real will win this term remains unclear, but Ronaldo’s two strikes in the Spanish Supercopa series against Barca helped the capital club to that title and he remains the man most feared by rival defences across the continent as Madrid seek to seal a 10th European Cup crown, La Decima, next month. 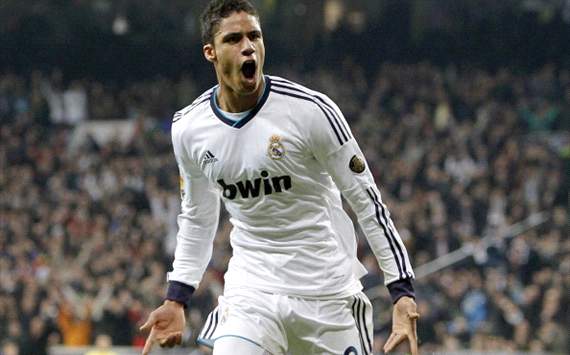 In only his second season at the Santiago Bernabeu, Raphael Varane has gone from talented teenager to a man entrusted to start against Barcelona, Manchester United and the very best of the rest in Europe.

Varane began as fifth-choice centre-back at Madrid after signing from Lens in 2011 (behind Sergio Ramos, Pepe, Raul Albiol and Ricardo Carvalho), but is now arguably the best defender at the club following some stunning showings in 2012-13, including two peerless performances in the Copa del Rey Clasico semi-final (with a goal in each game) and several impressive displays in the Champions League.

The Frenchman, still only 19, has made just 11 appearances in La Liga, but is being kept fresh for the most important cup games as Madrid seek Champions League and Copa del Rey success. The youngster is being widely tipped for greatness, yet such has been his brilliance so far this term it is already hard to see how he can improve in the next few years.

Vote Varane, Ronaldo or Alonso in the poll below this article in order to decide Goal.com‘s Real Madrid Player of the Season for 2012-13.