With Madrid failing regularly to keep clean sheets at home, our Spanish expert Phil Kitromilides believes there will be goals at either end on Saturday afternoon

Real Betis’ recent trips to Santiago Bernabeu have ended in heavy defeats with the side from Seville conceding 12 goals in their last three games away to Real Madrid.

However, Betis did manage to defeat Madrid at home earlier on this season, and with Jose Mourinho likely to field a far-from-full-strength side given los Blancos’ midweek Champions League semi-final first leg, Betis might feel they have a chance of recording an unlikely double. 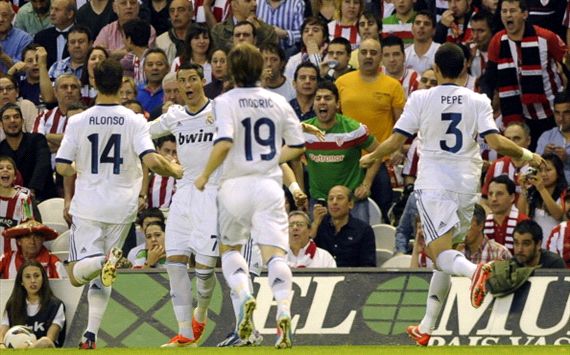 Having said this, it is worth remembering that the reigning Spanish champions have a staggering home record.

It is 14 months since anyone defeated them at home in any competition, and when one considers the calibre of some of the opposition they have faced during that time, the challenge facing Betis is put into stark perspective.

Nevertheless, there will be changes to Madrid’s starting XI, which makes backing both teams to score at 8/11 (1.73) even more attractive than it might already have been.

Though Madrid have been imperious at home it is not because of their defensive record with los Merengues managing just six clean sheets in 15 league games at Santiago Bernabeu this season. Betis for their part have scored eight goals in their last two games and in Ruben Castro boast the second-highest scoring Spaniard in the division.

Both teams to score looks an extremely solid selection, while for a value bet try backing Castro (who has 16 league goals this season) to open the scoring priced at 11/2 (6.50).