The Spanish title may be beyond Jose Mourinho’s side but the Blancos will be confident they can progress to the final of the Champions League after being drawn against outsiders Borussia Dortmund.

Irish bookmakers Paddy Power are famous for their money back specials and Sunday’s offer to refund losing bets on Chelsea’s trip to Anfield if Luis Suarez scored the final goal. After a controversial game, the Uruguay international duly obliged deep into injury time to leave many punters counting their lucky stars he was not sent off after a second half clash with Branislav Ivanovic. 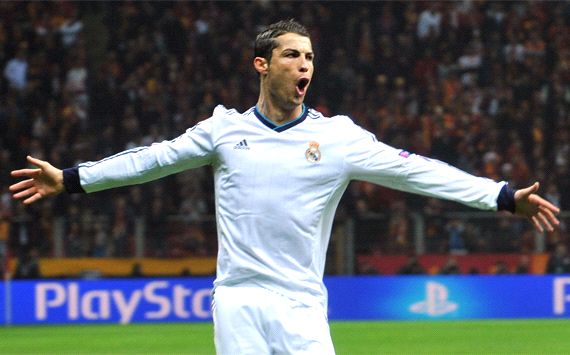 On Wednesday the bookmaker are looking to take on Cristiano Ronaldo, who already has 11 goals in this season’s competition as well as 31 league goals to his name in the campaign so far.

What makes this such an appealing offer for punters, though, is the fact Ronaldo has scored the final goal in three of Real Madrid’s last four matches in the knock-out stages of this season’s Champions League.

The only game where he didn’t was the 3-0 win over Galatasaray where the 28-year-old scored the first goal.

For the home side, Robert Lewandowski, who has six goals to his name in the competition so far is a 5/1 (6.0) shot to give Jurgen Klopp’s men the lead with Marco Reus second favourite at 7/1 (8.0).

Mario Gotze, who looks set to swap Dortmund for Munich this summer, is an 8/1 (9.0) shot to score the first goal.