Fear not, football fans, the weekend is almost upon us, and the world HAS NOT ended. I repeat: it has not ended.

Accordingly, the Twittosphere has responded with it’s very best, with our favourite players and managers tweeting from the very bizarre to the very boring.

A prominent theme has inevitably been the not so inevitable end of the world, but don’t worry, there’s also the perils of boring coach journeys and Jolean Lescott discussing body fat. 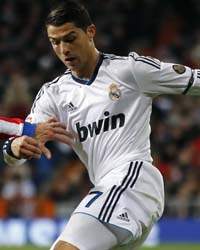 “Thank you for reaching 15M followers on twitter. It’s now time to #Celebrate15M during the Christmas holidays.”

“Its a long road to wisdom but a short road to being ignored.”

Sorry what was that? I think Joey Barton said something. Not sure, though, WOTT wasn’t really paying attention…

“Bodyfat was 8.9% not happy but only Milly and Gael lower then me which ain’t bad cause them 2 are a joke.”

Manchester City defender Jolean Lescott reveals his disappointment with his body fat levels. WOTT, on the other hand, knows one or two who wouldn’t dream of such a low score…

“How boring is a trip on the coach!im lucky to have my series and my music to entertain me!!lol. #azontoimprovement” 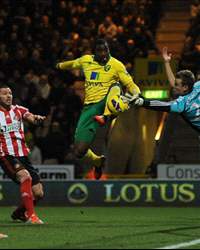 “On the coach on the way to the midlands. Bit of dexter on the iPad #awaydays”

Elliot Bennett offers a more positive outlook than his Norwich team-mate, but WOTT wonders what the need for serial killers is… what’s wrong with a good old-fashioned bit of Fawlty Towers?

“My driver @errol_davis is a City fan so for his birthday treat I’ve made him wear a red #5cap #CantTakeitOff!”

Manchester United defender Rio Ferdinand reveals how he deals with colleagues: carefully crafted methods of torture disguised as Christmas gifts. We take our hats off to you, Rio.

Swansea midfielder Wayne Routledge tries his hand as the new Shakespare. Should probably stick to running the wing, Wayne…