Real Madrid welcome the Ajax to the Santiago Bernabeu with little more than pride at stake for Jose Mourinho’s men.

With los Blancos knowing they are through to the knock-out stages in second place, it will be a chance for some fringe players to get a run out in the Champions League, and the Portuguese has already confirmed the likes of Nacho and Rafael Varane will start the game. 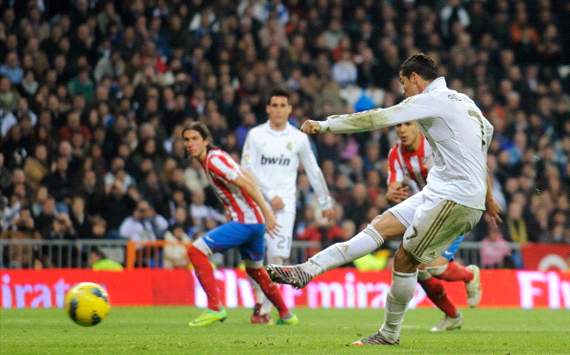 However, the Spanish champions still remain overwhelming favourites with Bet365 pricing a home win at 3/10 (1.30) while Ajax can be backed at 9/1 (10.00) to claim their first away win in the competition this season.

While this may effectively be a dead rubber for Madrid, the Dutch side know a win would see them claim third place in Group D and as such, continue their European adventure by qualifying for the Europa League.

Therefore, there is plenty for Ajax to play for and as a result the price of 4/6 (1.66) for both teams to score looks extremely interesting.

This bet comfortably paid out in the first match between the two sides in Amsterdam and looks to have an excellent chance of doing so again this evening in the Spanish capital.

Madrid have only failed to score in one of their last 19 home games in the Champions League (against Barcelona) while this bet has proved the correct selection in each of the last four Champions League matches that Ajax have played.

With Madrid’s defence having an experimental feel to it – along with Nacho and Varane, Ricardo Carvalho is likely to make his first appearance in the competition this season – there is every chance that the visitors will be able to find the back of the net.

For a value bet try backing over 2.5 goals in the first half at 7/2 (4.50) with this bet paying out in both of Ajax´s last two Champions League matches as well as in Madrid’s last home game in the competition.

Sign up with Bet365 for up to £200 in free bets and back Phil’s selections for this match
Phil Kitromilides is a sports broadcaster working on radio and TV in London and Madrid. You can also follow Phil on Twitter.