Real Madrid play their final match of 2012 at Malaga hoping not only for three points, but also a much needed impressive performance.

Having conceded a late equaliser at home to Espanyol in their last match to draw 2-2, coach Jose Mourinho all but admitted the 13-point gap to Barcelona would be too big to make up, yet he will be hoping that those words might galvanise some sort of reaction in his players on Saturday night.

The size of the price on an away win reflects not only Malaga’s strength this season, but los Blancos‘ fragility on the road where they have already lost three matches. Plenty of punters will feel that the price is big enough to invest in and they would be right, either outright or in a multiple bet. 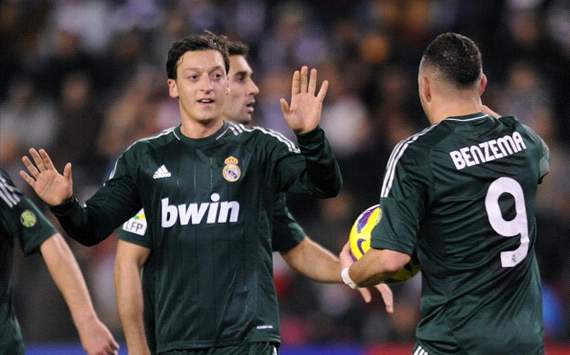 It is extremely rare to see Madrid at 8/15 (1.53) to win a match in La Liga, especially at a ground where they have such a good record.

The champions have won eight of their last nine visits to Malaga in all competitions, winning 4-0 and 4-1 respectively on each of their previous two league trips.

While it is true the Andalusians have improved and looked extremely solid at the back, there is still every chance Madrid will overcome them as they attempt to right some of their recent wrongs.

For a value bet, back Mourinho’s men to come from behind to win the game at 6/1 (7.00), something which happened in their last away game in the league at Valladolid.