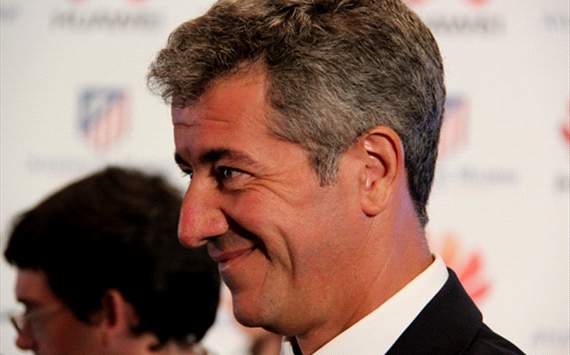 Atletico Madrid general manager Miguel Angel Gil Marin spoke of his pride after numerous supporters flocked to the club’s training ground on Saturday morning to watch the players prepare for the clash with Real Madrid.


Los Colchoneros coach Diego Simeone had earlier asked the fans to show their affection for the team and an estimated 21,000 responded, attending a light training session at the Majadahonda training complex.

“To see more than 20,000 people here gives you an idea of what this club is all about,” the son of former president Jesus Gil told AS.

“The fans of Atletico have given further evidence of their commitment and loyalty. They make us so proud and we are encouraged to work harder and take more risks because of them.

“I would love to win this game for them. But it is only three points. It would be useless to win today, and then lose next week against Deportivo.”

Atleti went on to lose the game 2-0, and now find themselves five points ahead of Real Madrid, and six behind Barcelona.