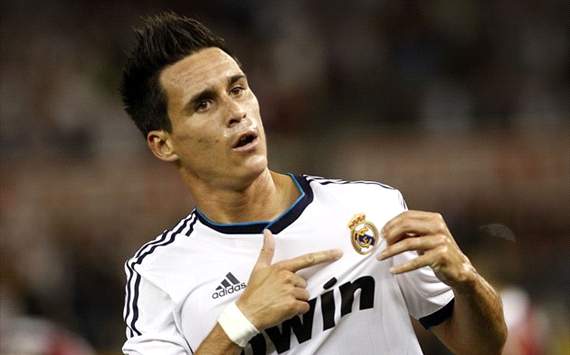 After two months of absorbing action on the continent, the group stage is finally over and the identity of the 16 teams that will battle it out in knock-out phase of the competition has been finalised. Many clubs had booked their places a fortnight ago, but that did not stop the last round of pool fixtures from throwing up some surprises.


On Tuesday, Paris Saint-Germain and Schalke condemned group favourites Porto and Arsenal to runner-up spots respectively while a day later, Juventus and Galatasaray valiantly secured progression with away victories at Shakhtar Donetsk and Braga. And as ever, Goal.com is on hand to present to you the most impressive performers from the past two nights.

Starting in goal, Valencia’s Vicente Guaita fought off a late surge to deny Lille from grabbing a late leveller and register a clean sheet in new boss Ernesto Valverde’s first match. In front of him, Alexander Anyukov‘s disciplined display and easy work of Bojan Krkic at right-back sees him get the nod while Duda‘s two-goal contribution for Malaga was enough for a point and inclusion on the opposing flank.

At the heart of the backline is Thiago Silva, who returns after a five-week hiatus following a triumphant return to form. His ice-cool composure and penchant for a headed goal is perfectly complimented by his partner for the week Giorgio Chiellini. The Bianconeri stopper was unfortunate to miss out a fortnight ago, but his sheer dominance against the Ukrainians left us with little choice this time around.

In midfield, Arturo Vidal unsurprisingly makes the cut for a third time with yet another monstrous showing as he constantly bullied Shakhtar’s flair players off the ball and broke down attacks at will. Another player who got the better of his opposition is Luka Modric. The Croat stepped into Xabi Alonso’s shoes against Ajax and was a class apart with his pinpoint distribution and clever movement.

On the wings, Xherdan Shaqiri pulsating display provided Bayern Munich much of the cutting edge needed to sweep aside BATE, assisting Mario Gomez for his second goal since returning from injury and powering in a header from the striker’s cross. Juan Mata was similarly majestic, albeit against Nordsjaelland, as he laid two finishes off on a plate for team-mates and got on the scoresheet himself. And flanked between them is the all-action Jose Callejon, whose double for los Blancos earned him acclaim.

With so many supporting members in our attacking trident, the target man bestowed with the honour of leading the line is Georgios Samaras. The Celtic star was at the top of his game against Spartak Moscow, scooping up the pass for Gary Hooper’s opening goal, before intuitively winning Kris Commons’ decisive penalty.