After a disappointing start to the season with Real Madrid, speculation has been mounting that Jose Mourinho’s days could be numbered at the Santiago Bernabeu.

Spanish newspaper Marca recently published a story suggesting that the coach has already agreed to leave the Spanish champions at the end of the season, while his own admission that he possesses the “soul of a Portuguese navigator” have prompted question marks over where his wanderlust could take him next. 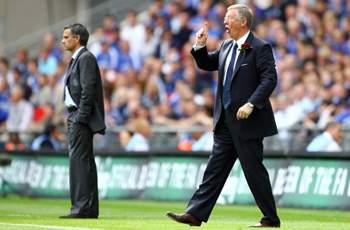 Mourinho replaced Roberto Mancini in the Inter Milan hot seat in 2008, and would probably jump at the chance of returning to England and doing so again at Manchester City.

You get odds of 6/5 (2.20) with on him filling the under-fire Italian’s boots for the second time.

However, many see the former Porto boss as one of the few coaches who would not shy away from succeeding Alex Ferguson at City’s Manchester rivals, and he is available at 9/4 (3.25) to end up at Old Trafford.

Although Chelsea fans would welcome their former boss back to Stamford Bridge with open arms, his difficult relationship with Roman Abramovich and the Russian’s apparent preference for Pep Guardiola make an emotional reunion unlikely, at 9/2 (5.50).

The Special One has previously hinted that he would like to take control of his home nation, but with Paulo Bento currently drawing praise as Portugal boss, odds of 9/1 (10.00) are not particularly tempting on him managing A Selecao just yet. 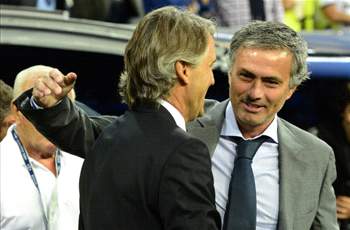 Arsene Wenger’s job has never seemed less secure, and there are odds of 16/1 (17.00) on offer for Mourinho to try to bring silverware back to Arsenal after seven trophy-less years.

Inter Milan and Tottenham have recently invested their futures in promising young managers, so both clubs seem unlikely destinations for the former Nerazzurri boss, at 20/1 (21.00) each.

The twice Champions League winner was apparently close to taking over England before Fabio Capello’s appointment, and you can get 25/1 (26.00) odds on the FA turning to him again to replace Roy Hodgson.

Mourinho has enjoyed feisty rivalries with fans of Liverpool and AC Milan in the past, so it would be a shock to see him taking the reins at either club, with odds of 25/1 (26.00) and 33/1 (34.00) on offer respectively.

Antonio Conte’s high-flying Juventus is a real outside bet at 33/1 (34.00), while odds of 50/1 (51.00) are surely not enough to cover the unthinkable prospect of the Merengues boss jumping ship to bitter rivals Barcelona.