Cesc Fabregas has never hidden his love for Barcelona but he has now revealed that his hero as a child was none either than Zinedine Zidane, particularly when he was in his pomp at Barca’s fierce rivals Real Madrid.

The former Arsenal captain has told how his bedroom wall was covered in posters of the French ace and has enjoyed reminiscing about the 2008 Ballon d’Or winner.

While the Barcelona man has some way to go to match Zidane’s achievements in the game, the big question is: just how far will Fabregas go to emulate his hero? 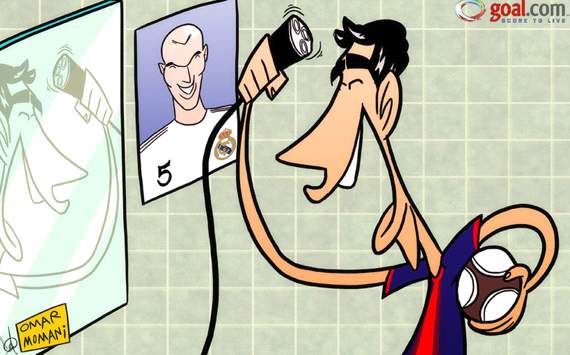