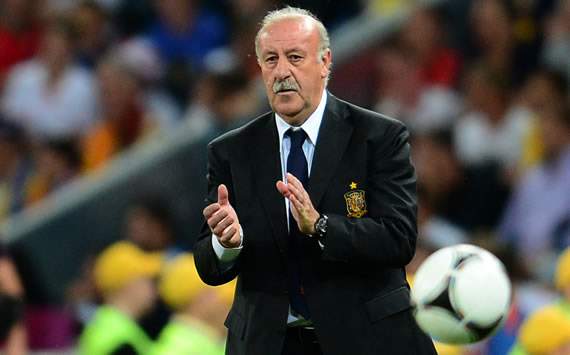 Spain manager Vicente Del Bosque is hopeful none of his compatriots will be injured in Sunday’s clash between Barcelona and Real Madrid, while elaborating on the exclusions of certain players from his most recent squad.

El Clasico has been marred by controversy and physical bust-ups in recent years, leading to rumours of a rift between Blaugrana and Merengues players in the national side. Del Bosque is hopeful of a peaceful encounter this time out however, in what he calls a “good game.”

“[I hope] no one gets injured and that we can enjoy the two best teams in Spain,” the Salamanca native stated at a press conference.

“It is a good game to enjoy, [provided] external affairs are not involved.”

The 61-year old went on to reveal the reasons behind the omissions of certain established players from his latest Spain squad, which saw the likes of Barcelona’s Gerard Pique and Chelsea’s Juan Mata miss out.

He added: “[Pique] has not trained a single day and I do not know if he will even play on Sunday. I have not spoken to him, or Tito [Vilanova], or the doctors. Because he has not trained it is not convenient for him to come,” the former Real Madrid manager stated.

“Mata is not on the list because of an agreement with Chelsea, as he had no vacation over summer.

“We have a problem of quantity, not quality. We have a lot of potential players.”