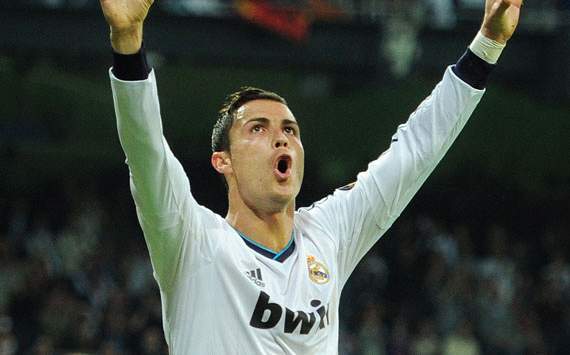 The world will be watching. Barcelona against Real Madrid is one of those fixtures fans across the globe look out for; it is not only televised, but analysed and scrutinised. And if the referee gets it wrong, he’ll be criticised.

Iturralde, a colourful figure who enjoys rock music and works as a dentist, says Sunday’s official should enjoy the match above all, but believes the famous fixture represents a relatively simple task for the man in the middle, anyway.

“If I had to give a piece of advice to Delgado Ferreiro, I would tell him to enjoy the Clasico because it is one of those games that should be enjoyed,” the former official told Goal.com in an exclusive interview.

“There are more stars on the pitch than up in the sky! He will enjoy it a great deal; it’s one of those games with very few offsides for the assistants … in fact, it’s one of the easiest games to officiate at all!

“There can be a lot of repercussions in the media. This country stops for the Clasico and there is a lot of pressure and tension, but refereeing it is very easy. It’s much harder to officiate at the end of the season when teams can go down – those are difficult games to take charge of. It’s just that they receive less media spotlight. But there are more nerves, there’s more tension.”

And the Basque-born ex-ref says Barca and Madrid do not make life more difficult for an official than other teams.

“They don’t make things more difficult. They know that if one of them doesn’t win the league one year, they can win it the next. The cycles here don’t last too long,” he explained.

Out of all the Madrid and Barca sides he has worked with, Irurralde picks out two teams above all others.

“I was lucky enough to referee the best Real Madrid side in recent years, the Galacticos, and Pep Guardiola’s Barcelona, with [Lionel] Messi, Xavi and [Andres] Iniesta” he said. “I have been privileged to officiate two unique generations of footballers.

“Cycles change, and I don’t understand those who say they like one team and not another – I am an Athletic [Bilbao] fan but I was almost drooling when I watched [Zinedine] Zidane or [Luis] Figo. I appreciate [good] football.”

Barca lead Real Madrid by eight points going into Sunday’s game, but Iturralde says it is still too early to determine which side will win La Liga this season.

“There’s a long way to go,” he explained. “But it clearly be Madrid or Barcelona. Atletico [Madrid] are close but there are lots of games and you need a really big squad. It would be great if there was a third team that could compete, or even a fourth, but at the moment fighting it out with Madrid and Barcelona for the title is very tough.”

And Iturralde, who presided over three Clasicos including Barcelona’s 5-0 win over Jose Mourinho’s Madrid in November 2010, claims he misses the adrenaline of overseeing big games.

He added: “I live football with the same intensity but in a different way,” he revealed. “I have a dental laboratory, where I have always worked, but I miss football. It’s my passion and if I told you I didn’t miss it, I’d be lying.

“But more than the football, I miss the travelling and the moment when you step out on to the pitch, the tension in the stadiums. That’s what I miss most. Now I follow it as a fan – I don’t have those butterflies in my stomach that I had every weekend or the pains in my legs when I would go to sleep after the game. It’s different!”