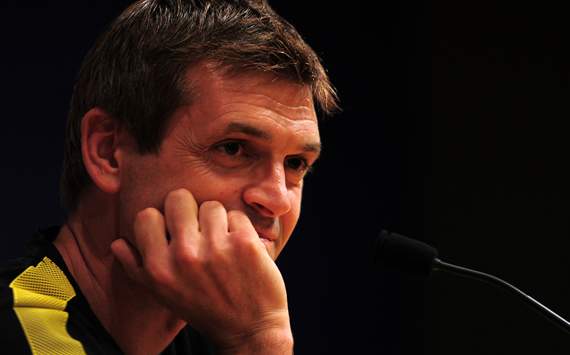 Former Barcelona star Rivaldo believes that the Catalans have what it takes to bag the full three points in Sunday’s Liga match against Real Madrid at Camp Nou.

The Blaugrana beat their arch-rivals 3-2 at home in the Spanish Supercopa earlier this season, and the ex-Brazil international believes that Madrid face a tough task in Catalunya.

“It’s a difficult match. Complicated. You never know what’s going to happen because Madrid have a great side and they’ve won at Camp Nou in the past. But playing at home, I think Barca can win,” Rivaldo was quoted as saying on the club’s official website.

The Brazilian then went on to praise Tito Vilanova, and stressed that the coach has what it takes to succeed at Barca.

“Vilanova is a brilliant coach. Now, being Guardiola’s replacement, who did a great job, he has a good opportunity,” he added.

“I’m sure he’ll succeed, because he has a team that plays really well – they make football easy. I think things will go well for him.”

Rivaldo also had words of praise for Lionel Messi and the other Barca players.

“I really like humble players like Messi. I think that all the Barcelona players are humble. That’s why they do what they do.”

Messi has netted six goals in as many league appearances this term and will be looking to add to his tally in Sunday’s Clasico.