To class Borussia Dortmund’s Champions League journey last season as disappointing would be an enormous understatement. Fresh from their famous Bundesliga title success, big things were expected of Jurgen Klopp’s side on the European stage, only for them to crash out in the group stage.

The 2012-13 campaign will determine whether the Schwarzgelben and their coach learned from the experience of last term, and with Real Madrid waiting in the wings, the German champions will be facing the sternest examination that the Continent has to offer.

In his homeland, Jurgen Klopp is both a hugely popular figure, and a proven coach. He is yet to earn that recognition in Europe, but, on Wednesday, he will have the chance to pit his wits against Jose Mourinho, one of the finest in the business. And a good performance against Los Blancos will certainly win him a reputation outside of Germany.

Last season, Dortmund approached the Champions League with an air of naivety, going for the jugular in each match, only to be met with a different type of opponent and a rude awakening. In the current campaign, they have clearly been trying a different approach.

In the home clash with Ajax, they were far more conservative, waiting patiently until the dying moments to secure the three points. They followed this up with a courageous performance at the Etihad Stadium against Manchester City, which won them many plaudits, despite Mario Balotelli’s late equaliser. 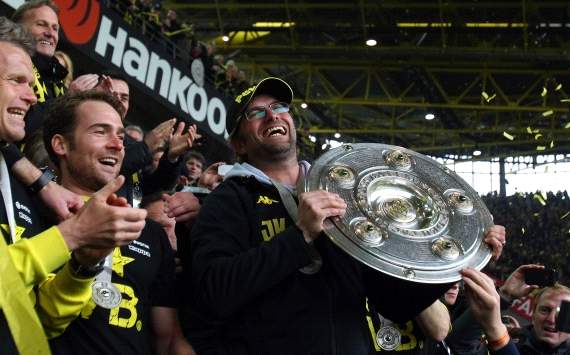 And now, the moment of truth has arrived, and the test could not be tougher. A string of niggling injuries are currently plaguing the double winners, with many key players either out or in doubt. What’s more, Dortmund welcome Madrid to Germany on the back of a damaging home loss to rivals Schalke at the weekend.

Klopp was quick to shoulder the blame for the derby defeat, having deployed a 3-5-2 formation which wholly failed. Further experimentation against Madrid is unlikely, and all hopes will be pinned on the likes of Mario Gotze and Marcel Schmelzer recovering in time. If they do, there’s the unenviable task of outwitting Mourinho.

At first glance, the two coaches are fairly similar. Neither mince their words in interviews, and both bring a huge amount of entertainment value with them. Both master the media perfectly, attracting attention onto themselves to take the pressure off their players, but what really unites them is their treatment of officials.

There are differences: where Klopp avoids criticising opponents, the ‘Special One’ happily slams rival players and coaches, but if Klopp is able to mastermind a victory against Madrid on Wednesday and steer Dortmund through the ‘Group of Death’, he will have a record of success in Europe which challenges his recent triumphs in the domestic game.