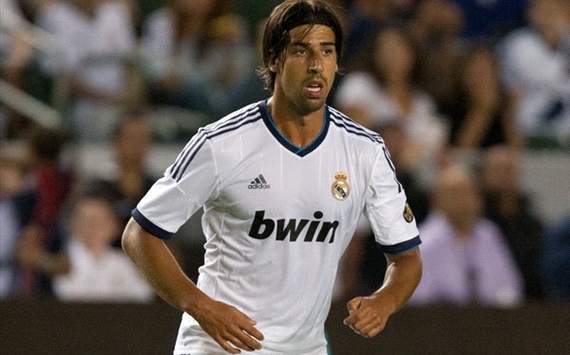 Real Madrid have been handed a timely boost after Sami Khedira made a welcome return to training on Monday, meaning he could play a part in the trip to Borussia Dortmund.


The midfielder missed Saturday’s victory over Celta Vigo with a leg injury, sustained in Germany’s 6-1 win over the Republic of Ireland, but his swift recovery has come at the perfect time with Jose Mourinho’s side suffering an injury crisis.

The Portuguese coach had further reason for optimism on Monday with the news that Brazilian defender Marcelo’s operation on a broken bone in his foot was a success, though his injury is likely to keep him out of action for three months.

Such has been the number of absentees, midfielder Michael Essien was forced to play left-back at the weekend, with youngster Raphael Varane drafted in to occupy the opposite full-back berth.