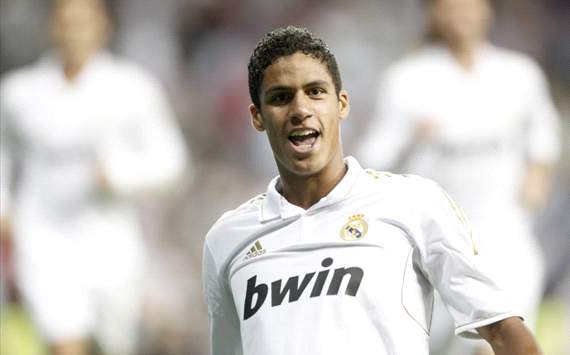 Real Madrid defender Raphael Varane has refuted claims he wants to leave the Spanish champions after making his first appearance of the season in Los Blancos’ 3-2 win over Manchester City.


The French Under-21 international replaced Sergio Ramos at the heart of Jose Mourinho’s defence for the Champions League encounter, and he revealed he is happy in the Spanish capital, contrary to reports linking him with a move away from the Bernabeu.

“I work hard every day. I don’t plan on leaving. I had an average pre-season and that’s why I hadn’t played until now, but I have Mourinho’s backing”

The former Lens teenager was a surprise inclusion for the Group D match after Spain international Ramos was dropped to the bench, and he was pleased with his performance in the biggest match of his short career.

“It was very important for me to play this game. Mourinho asked me if I was ready and I told him I was.

“He told me that I had to give 100 per cent. I hoped for an important game and this was exactly that.

“It was tense, but you have to get used to that in football. I’m always ready to play.”

The 19-year old was also thankful for the words of encouragement from his experienced defensive partner in the match against last season’s Premier League winners.

“Pepe has talked to me a lot, he’s been a leader for me and I’m grateful for that,” he admitted.