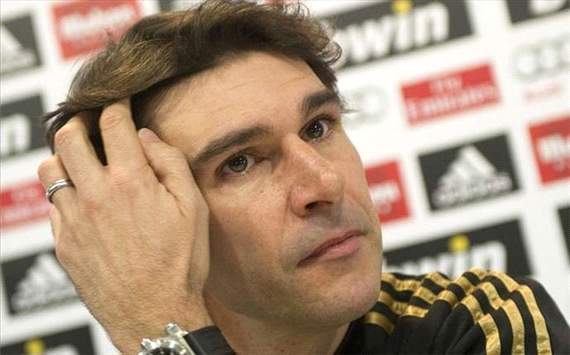 Real Madrid assistant coach Aitor Karanka has praised recent acquisition Michael Essien, while also commenting on the situations of some of the side’s lesser-used players.


The Ghanaian midfielder arrived at the Santiago Bernabeu on the last day of the transfer window, moving to the capital outfit on a season-long loan from Chelsea.

The agreement reunites Essien with former boss Jose Mourinho, under whom he played when the Portuguese was in charge of the Blues.

“Essien is a friend of Mourinho’s,” the Spaniard said at a press conference ahead of the Blancos‘ Liga clash with Granada.

“[He] is a player who has the confidence of the coaching staff. He will be an important signing.”

The Vitoria native went on to discuss the situations of peripheral names such as Kaka and Ricardo Carvalho, who remain on Madrid’s books despite being linked with exits throughout the summer.

“[Jose Mourinho] made it clear at different points in the summer. Most importantly, if Kaka was on the team, he would be one of the players we’d support,” he added.

“Carvalho’s case is different. Eventually we will see what decision is made, respecting the player’s wishes and the circumstances.”