Wayne Rooney has revealed in his latest autobiography that his former Manchester United team-mate and current Real Madrid maestro Cristiano Ronaldo loved the sight of his own reflection.

The 26-year-old striker stated: “In the time I’ve been playing with Ronnie, the one thing I’ve noticed about him is that he can’t walk past his reflection without admiring it, even if we’re about to play a game of football.

“Every match, before the team goes out for the warm-up, he runs through the same routine. The kit goes on, the boots go on. Not long after, Ronnie turns to his reflection and stares, psyching himself up for the game.”

While it may not have distracted him to the extent that he missed out on Sir Alex Ferguson’s team talks, thankfully, Rooney has never had quite the same problem. 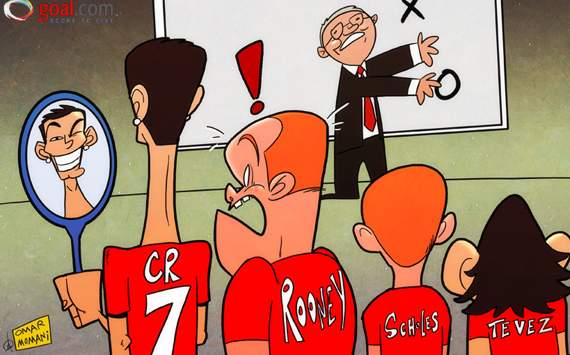