Spanish champions and last season’s Champions League semi-finalists Real Madrid have proved one of the most popular selections with the betting public, with punters seemingly undeterred by their poor start to the season.

Madrid are available at 8/13 (1.62) to start their European campaign off with a win against the English champions and if they are to do, many would expect Cristiano Ronaldo to be on the scoresheet. 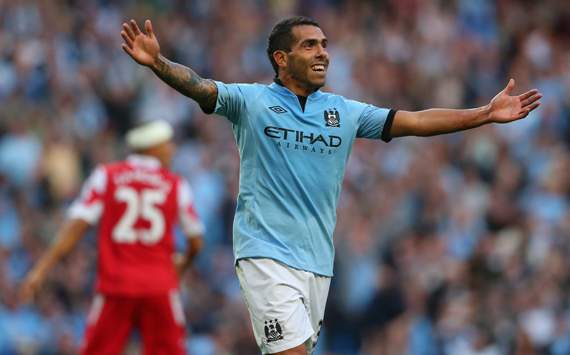 have enhanced his wincast price ahead of the game, allowing punters to back Ronaldo to score anytime and Real Madrid to win at 6/4 (2.50), rather than the 11/10 (2.10) previously available.

Ronaldo has two goals to his name in La Liga this season and also scored the winning goal in Real Madrid’s Super Copa second leg against rivals Barcelona.

Manchester City will also look to their big names to fire on the European stage and they will need several good performances to progress from a group which sees them face the champions of Spain, Germany and the Netherlands.

Carlos Tevez will be hoping to make an impression on the game and with Madrid’s defence looking particularly suspect in the early part of the season, the Argentina international will hope he can continue his good goalscoring touch after notching three goals in four league appearances for City so far.

Tevez to score in a Manchester City win was previously priced at 11/2 (6.50) with but that price has been enhanced to 9/1 (10.0) ahead of the game. For those who believe Roberto Mancini’s side could be set to surprise a Real Madrid team who have lost three of their last five matches, that price may appeal.

Sign up with for a £25 free bet. Using it on Ronaldo to score and Real Madrid to win at the enhanced price would return £62.50