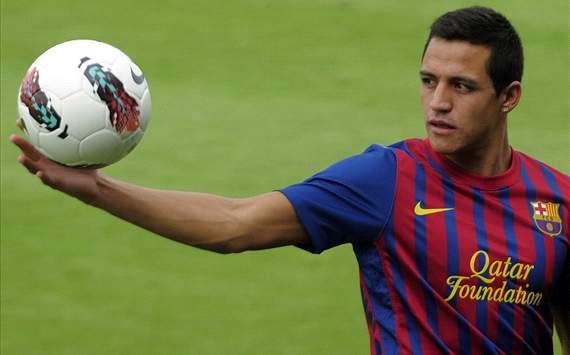 Barcelona welcome Alexis Sanchez back into the starting lineup for tonight’s Supercopa first-leg encounter with Real Madrid at Camp Nou.

Taking charge of his first Clasico, new Barca coach Tito Vilanova has made just four change from the side which triumphed 5-1 over Real Sociedad on Sunday night. Having started on the bench in that game, Sanchez now replaces Cristian Tello, who takes his place alongside David Villa, who made a scoring return from injury at the weekend. New signing Alex Song does not make the match squad, so will not make his Barcelona debut tonight.

After dropping points at home to Valencia in their opening match of the season, Real Madrid coach Jose Mourinho has made four changes to his starting lineup tonight. The injured Pepe is replaced by Raul Albiol at centre-back, while Sami Khedira and Jose Callejon come in for Lassana Diarra and Angel Di Maria. Gonzalo Higuain is dropped in attack of France international Karim Benzema.