Real Madrid rarely enjoy matches against their less illustrious neighbours from the southern suburbs of the Spanish capital. Getafe seem to relish the visit of los Blancos to their usually sparsely populated stadium, with Madrid winning their two previous trips to the Coliseum by a solitary goal. 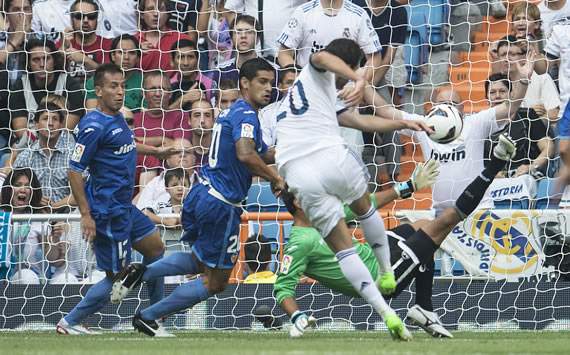 It was Madrid’s form away from home that ultimately saw them claim the Spanish title for the 32nd time last season, with their record of 16 away wins by far the highest in the division.

Following a disappointing start to their league campaign with a 1-1 draw at home to Valencia, Madrid will be all to aware of the importance of claiming all three points.

An early goal will settle any nerves and the price of 5/6 (1.83) for a goal to be scored before 25 minutes looks like a decent bet. It has a habit of paying out in this fixture proving the correct selection in each of the last five matches played between  these two sides.

For a value bet, back Madrid to score over 3.5 goals at 3/1 (4.00), which has paid out three of the last five times the sides have played each other.