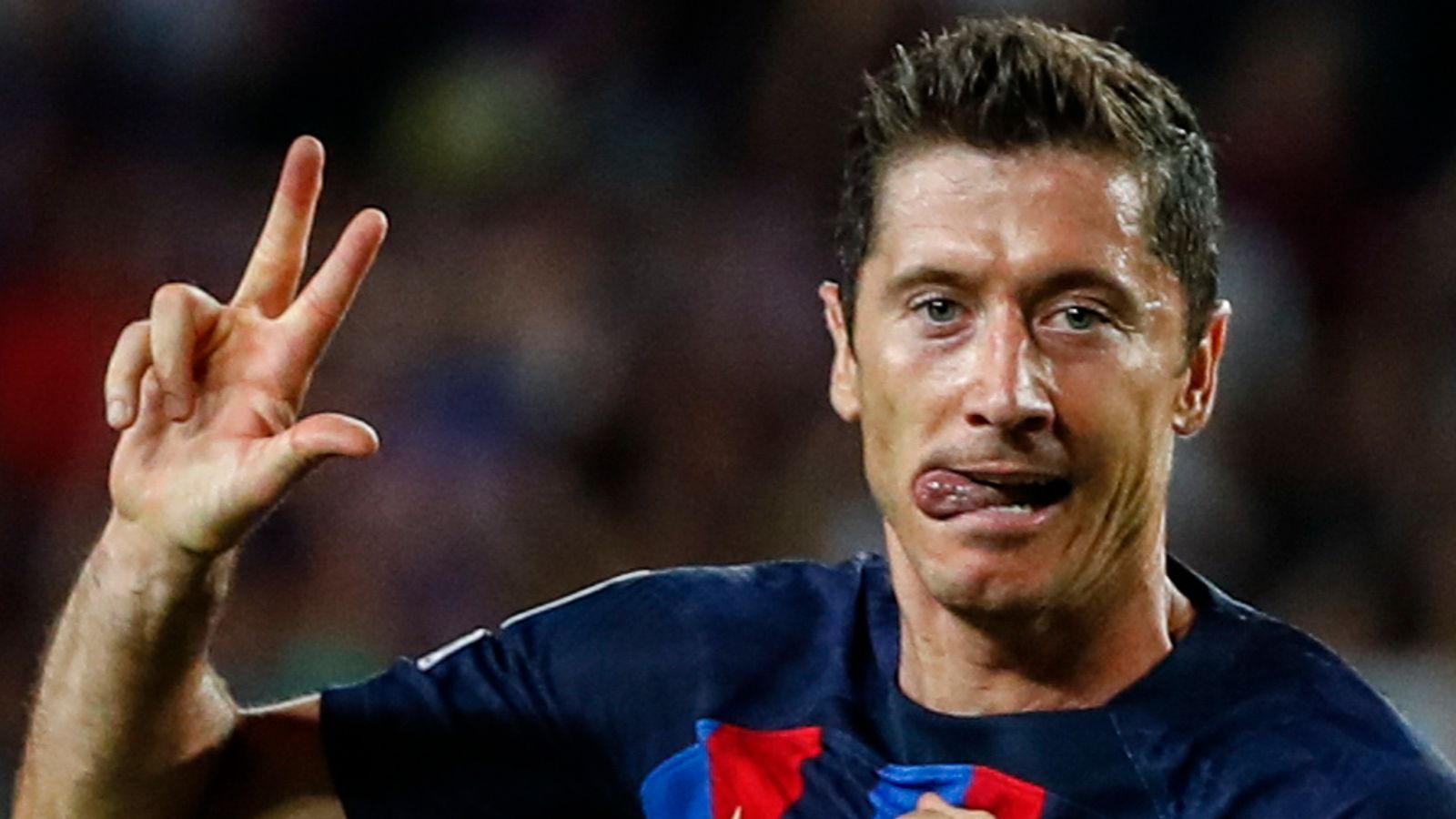 Barcelona were dominant in every aspect of the game and took advantage of three mistakes by Real Madrid to score.

They took the lead in the 33rd minute after Real defender Antonio Rudiger passed across his own area to Barca’s Sergio Busquets, who began a move that ended with Gavi all alone inside the box to score with a precise left-foot strike.

Lewandowski extended the lead 12 minutes later on the counter when Frenkie de Jong found Gavi, who ghosted in behind Real’s defensive line. He sprinted through the left channel before putting it on a plate for the Polish striker, who tapped into the back of the empty net.

Real Madrid, who had no shots on target in the first half, spent most of the second in panic mode, trying to avoid a bigger defeat.

Yet, once again a costly mistake allowed Barcelona to score. Substitute Dani Ceballos lost the ball in midfield and Gavi sprinted forward and crossed for Pedri to fire point-black into the empty net.

Earlier on Sunday, Atletico Madrid were held to a 1-1 LaLiga draw by Almeria in another disappointing showing for Diego Simeone’s team.

Atletico started well and Angel Correa gave them the lead in the 18th minute before Almeria equalised with a delightful diving header by El Bilal Toure from a long cross by Lucas Robertone.

Atletico played with 10 men for the last few minutes after substitute Reguilon was shown a second yellow card for raising his forearm to an opponent’s face in an aerial challenge.

Atletico, who have won only one of their last six LaLiga games, are fourth in the standings on 28 points, level with Villarreal and Real Betis. They are now 13 points adrift of leaders Barcelona, who have a game in hand.