Los Blancos ?have made a shaky start to their qualification campaign and are currently five points adrift of Group A leaders Paris Saint-Germain – making this a

In the reverse of this fixture, Real squeezed past Galatasaray 1-0, which will give Cimbom hope that a positive result against the Spanish giants is possible.

Do the stats suggest that an upset is on the cards? Let’s find out, courtesy of a few stats from Opta. 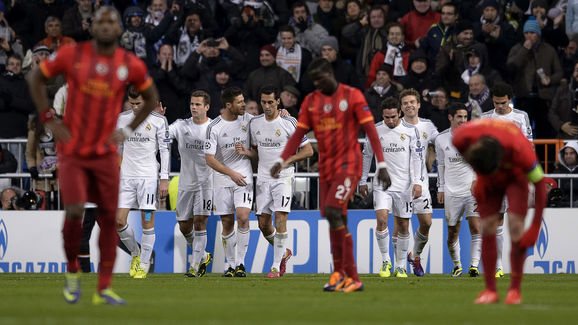 Wednesday will mark the eighth time the two teams have faced off in the Champions League, Real dominating the previous seven meetings on the whole.

The Only Way Is Up? ?Real are on a woeful run in the Champions League of late and have not won at home in the competition in their last three games at Santiago Bernabeu.

Lots of Shots But Not Very Hot ?Despite their patchy form, only Bayern Munich (70) have attempted more shots than Real Madrid (63) in the Champions League so far.

In the reverse of this fixture, Los Blancos fired off 26 strikes against Galatasaray but only scored one goal. That’s pretty shoddy finishing, isn’t it? Sort it out lads. ?Real aren’t the only side who are struggling to finish their chances in the Champions League this season.

Galatasaray have failed to score in their last five away Champions League games despite having 45 shots on goal. Perhaps not all that surprising for a team that has ?Brighton reject Florin Andone leading the line. ?Whatever happens on Wednesday, it’s likely that Real’s talisman ?Toni Kroos will play a key role.