?Real Madrid travel to Basque Country to face Eibar this weekend, looking to kick on from their convincing 6-0 win over Galatasaray in midweek.

Los Blancos haven’t been at their best this season, and will look to return to winning ways in La Liga after dropping points in five of 11 games this season. They currently sit second in the league, level on points with Barcelona. Eibar sit in 14th in the league, but have won their previous two games – sending a warning that they’ll be no pushover for Zinedine Zidane’s men.

Eibar are once again expected to be without experienced centre-back Ivan Ramis due to a hamstring injury, while Roberto Correa is also a doubt due to a muscular problem. Marcelo is the only injury doubt for the visitors, after being forced off in the first half of Wednesday’s clash with Galatasaray, meaning Ferland Mendy is in line to start at left-back. 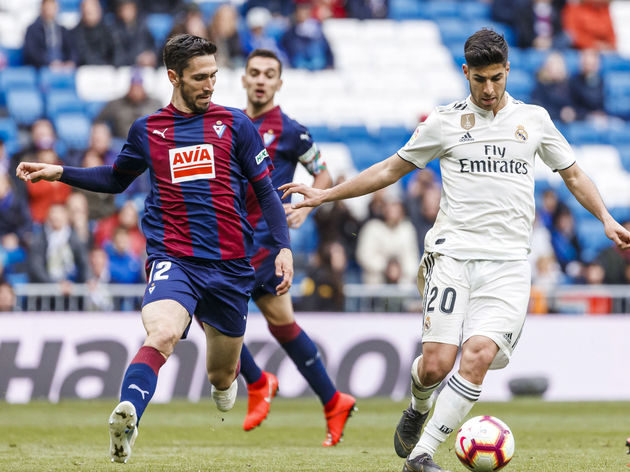 Real Madrid dominate this fixture, with the first meeting between the two sides being in 2014 after Eibar’s first ever promotion to the top flight.

Despite only winning one of the 10 meetings between the two, Eibar can hod some hope – their solitary win came in this fixture last season, beating Los Blancos 3-0. Eibar have won their previous two games, lifting them to 14th in their league and giving them the confidence needed to get a result against Real.

Despite their 6-0 win in the Champions League last time out, Real Madrid’s form hasn’t been perfect, failing to win two of their last three games in La Liga. ?Zidane’s men will need to improve this if they are to challenge Barcelona for the title.

Here’s how each team has fared in their last five. Eibar couldn’t have hit form at any better time, and have given themselves a great chance to get a result against Los Blancos. However, Real Madrid will want to kick on from their 6-0 midweek win and put pressure on Barcelona.

With Real Madrid’s league form being unusually poor and Eibar’s form peaking, a shock could be on the cards.