?Real Madrid manager Zinedine Zidane has insisted that Gareth Bale’s trip to London was purely innocuous and that the Welshman is happy to stay at the club.

Bale is believed to have travelled to the English capital to meet his agent, Jonathan Barnett, amid ?talk of a January exit from Real, but the club cited personal reasons as his reason for going. 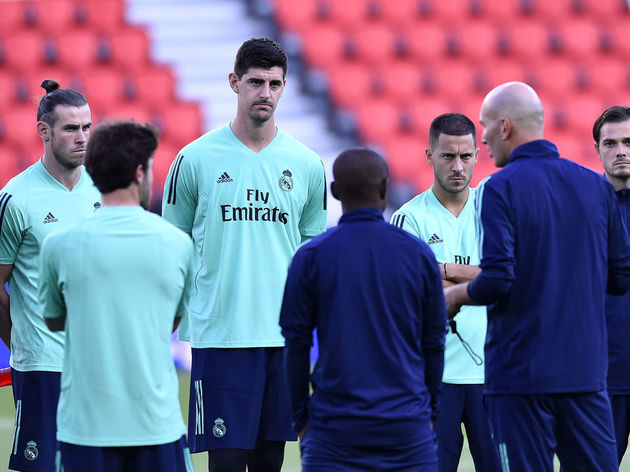 Speaking ahead of Wednesday’s meeting with Leganés (via Sport), Zidane was adamant that ?Bale’s absence was nothing to do with football, and it was authorised because he is injured and unavailable.

“He had permission to go yesterday,” the boss explained. “It was a personal issue and he went. He also went because he’s not available to play. I don’t think he ever speaks about wanting to leaving the club. When he is available he plays. That’s it.

“I spoke with him. Neither he nor James [?Rodríguez] were available. And there is nothing else. He will return to Madrid this afternoon.” Zidane went on to insist that he actually has a good relationship with Bale, and instead blamed the media for creating problems out of nothing.

“A lot has been said but we have a good relationship,” he said. “He works well when he is available. He is not now because he is injured. When he’s 100% he’s a good player, we all know that. You want to create something that isn’t there in our relationship. “They want to get me against him and him against me. He is an important player for this team and for the club. Yes, he will stay in January, but they will start again in June. They will always talk about these things.

“I don’t think about whether an offer will arrive. He is a Madrid player and he is here for now. I am happy.