Real Madrid legend Raúl has graciously answered calls from his former manager Jorge Valdano to one day manage the club, saying it is a ‘possibility’ he would one day like to earn, but that he is focused on his current job with the reserve side for the time being.

Raúl cuts an almost mythical figure at ?Madrid, and was the club’s record goalscorer until Cristiano Ronaldo came along, scoring 323 goals in 741 appearances across 16 glittering years in Madrid.

Having left in 2010 to try his hand in the ?Bundesliga and further afield, he made his return to the club in August 2018, briefly as a youth coach, before assuming responsibility for Real Madrid Castilla in And responding to Valdano’s ?’The Future is Raúl’ piece, the 42-year-old told ?AS that it means a lot – but he isn’t getting ahead of himself.

“My relationship with Jorge has always been special as next week, it will be 25 years since I debuted with Madrid,” he said. ?” 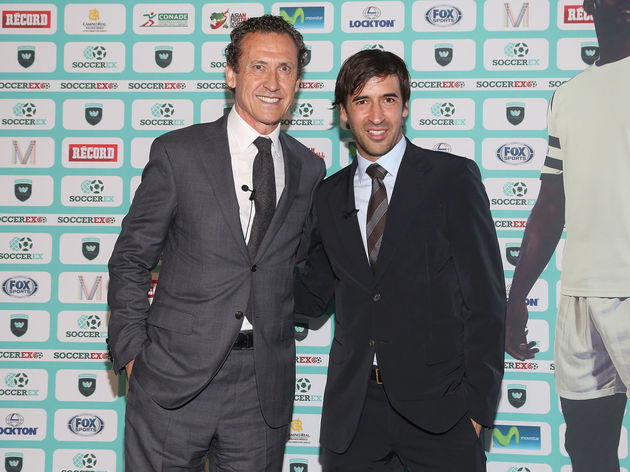 “I have always said that I arrived here as a manager a year and a half ago, I did my courses and I am here, the only thing I can do is keep working.

“I am happy to be home, in my club and in the future we will see. Now, I am focused on Castilla, in learning by the day and in instilling Real Madrid’s values on the players.”

Real Madrid Castilla lost only their second game of the season to Racing Ferrol at the weekend, and will look to bounce back away to Sporting Gijon’s struggling B-team on Sunday.