Isco missed each of Real’s last four games with a back injury but had recovered from that problem and would have been expected to be named in the matchday squad as Barcelona visit. Mariano, Jesus Vallejo and January signing Brahim Diaz are among the other first teamers also omitted by Solari, who is looking to end Barcelona’s ongoing stranglehold on the Copa del Rey after four consecutive titles for the Catalans.

The full ?Real squad is as follows: Even prior to his brief injury, Isco had struggled to win over Solari. He was left on the bench as an unused substitute in the first leg against Barça earlier this month, while his last appearance of any kind was just a three-minute cameo late in the recent win over Alaves.

Isco is still yet to start a La Liga game under Solari. His only starts for the Argentine coach at all have been in earlier rounds of the Copa del Rey against Melilla and Leganes, losing 1-0 against the latter, and in the humiliating 3-0 Champions League defeat at the hands of CSKA Moscow. In fact, Isco’s last league start was in the 5-1 thrashing by Barcelona at Camp Nou in October, Julen Lopetegui’s final game in charge before being sacked.

It should therefore come as little surprise that Solari has chosen not to trust him for this one, even more so given that he has only just returned to fitness.

While Solari doesn’t seem to have much time for him, Isco’s selection problems against Barça specifically aren’t limited to this season. Having been a regular starter in the first half of last season, he was benched the first Clásico of the campaign, missing the second through injury. 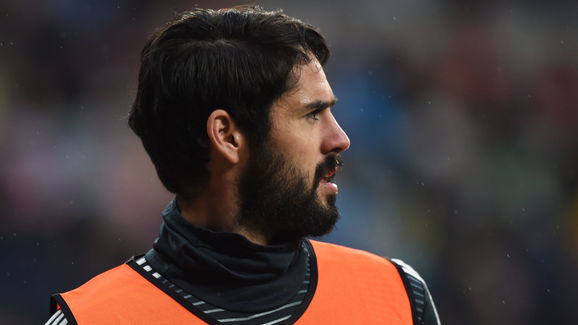 Isco was also left on the bench for the April 2017 Clásico, despite starting the two La Liga games either side. Similarly the April 2016 Clásico was the first La Liga game he’d been an unused substitute for and not played at least some part in for three months.