The Real Madrid tops the ranking thanks to his mammoth wage at the Bernabeu, with Lionel Messi in second and NBA star LeBron James completing the podium

Cristiano Ronaldo has been named as the world’s highest-paid athlete in the 2016 edition of American business magazine Forbes‘ list.

It is the first time since 2000 that the number one position has not been filled by boxer Floyd Mayweather – now retired after finishing first last year – or golfer Tiger Woods, who has not won a major for eight years.

Ronaldo’s total put him ahead of fellow footballer Lionel Messi, who picked up $81.4m over the past 12 months, while basketball star LeBron James was third with $77.2m – up from number six spot last year.

James earned more than the Barcelona and Real Madrid players in endorsements ($54m), although his $23.2m salary was dwarfed by the wages of Ronaldo and Messi ($53.4m).

Baseball did not have a representative in the top 10, but was the most prolific in the first 100 with 26 players featuring. The NFL was next on 21, topped by Carolina Panthers quarterback Cam Newton ($53.1m) in seventh spot, with basketball (18) and football (12) also faring well.

Spieth was the biggest mover in the list, surging from number 85 last year after capitalising commercially on his two major wins. 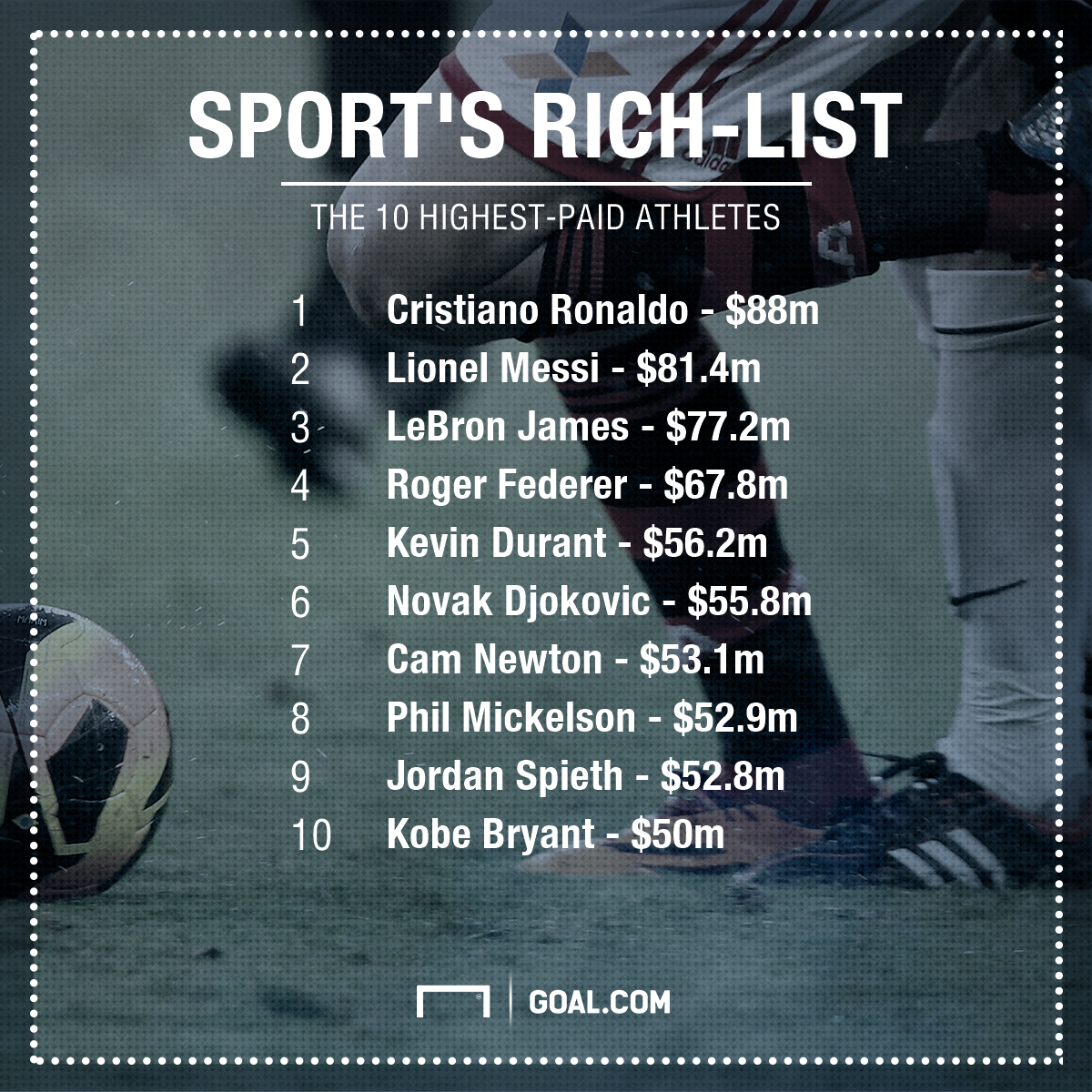