The Liga giants claimed they had done “everything necessary” to complete the deal, but the Red Devils have contested that suggestion and say los Blancos are at fault

Manchester United have hit back at Real Madrid after being accused by the Spanish club of being responsible for the collapse of David De Gea’s move.

The Liga giants released a lengthy statement earlier on Tuesday in which they insisted they had done “everything necessary” to complete a deal, instead blaming United for the last-minute hitch.

But the Red Devils have offered a different version of events and believe they fulfilled their side of the deal, with the transfer actually failing to get over the line because Madrid did not upload De Gea’s documents to either the TMS (Transfer Matching System) or Spanish league on time.

United also refute suggestions that they only opened negotiations on Monday, instead saying that Madrid’s deadline day offer was the first official bid that had been made throughout the entire summer.

Despite the messy saga, and despite coming so close to replacing De Gea with Keylor Navas, the Red Devils were keen to stress that the Spanish shot-stopper is still very much a part of the first-team scene at Old Trafford and are “delighted” he remains at the club. 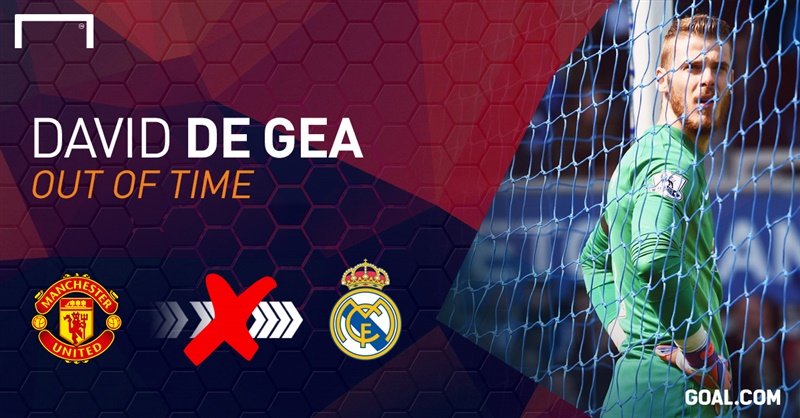 BIGGEST EVER TRANSFER BLUNDER? | How did De Gea farce come to this?

Manchester United notes Real Madrid’s statement on the attempt to sign David De Gea and sell Navas to Manchester United. The Club feels compelled to provide some clarification with the following facts.

• Manchester United did not seek contact from Real Madrid for the sale of David. David is a key member of our squad and the club’s preference was not to sell.

• No offer was received for David until yesterday.

• At lunchtime yesterday, Real Madrid made its first offer to buy David. A deal was agreed between the clubs, which included Navas being transferred to Old Trafford.  The deals were dependent on each other.

• At 22:40 BST, minutes before the deadline, major changes to the documentation came through to Manchester United which immediately put the deals at risk.

• Only at 2255 BST were the documents that are needed to cancel David’s contract received by Manchester United from Real Madrid.

• At this point Navas’ documentation was still not returned by Real Madrid.

• At 2258 BST, the transfer agreement was sent back by Manchester United, uploaded onto TMS and accepted – all before the deadline.

• It is our understanding that the deals couldn’t happen because:

– Real Madrid didn’t upload David’s documents to the Spanish league in time, per reports it seems some 28 minutes after the deadline

• The fact that Manchester United filed the papers on time was acknowledged by the Football Association, who offered to support that claim in any discussions with FIFA. The Club offered this assistance, as well as its own timestamped documents to Real Madrid but they have chosen not to go down this route.