Real Madrid coach Carlo Ancelotti will consider making Martin Odegaard the youngest player in Champions League history in March after his side beat Schalke 2-0 in the first leg of their last-16 clash on Wednesday.

Odegaard was left out of Madrid’s squad for the win in Gelsenkirchen, but has one more opportunity to become the competition’s most youthful debutant and could feature in the return match next month, with the club in a commanding position in the tie.

The Norwegian midfielder, who signed from Stromsgodset in the January transfer window, has already appeared for Madrid’s B side Castilla in Segunda and the club’s director of institutional relations, Emilio Butragueno, revealed at his unveiling that the talented international could also turn out for the first team in 2014-15.

“Martin will train with the first team and with Castilla and he will play for Castilla until the end of the season, but if Carlo Ancelotti wants to call him up to the first team, he will be at the coach’s disposition,” the former Spain striker said in January. 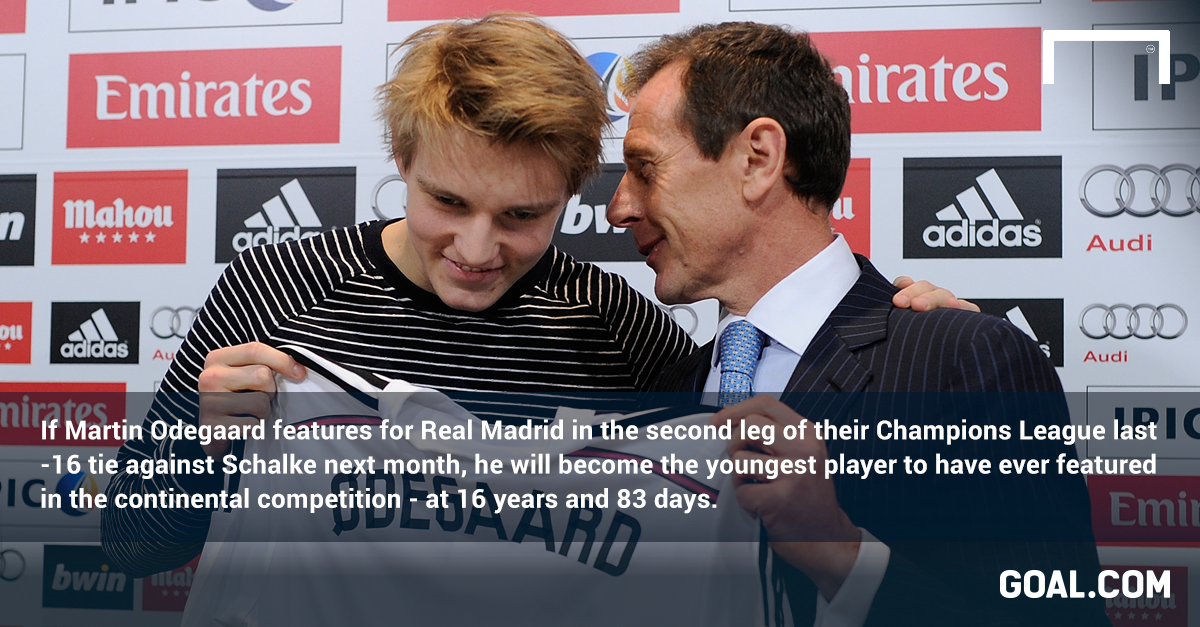 If selected against Schalke, the Norwegian would make his European debut at the age of 16 years and 83 days, which would see him beat the current record held by former Chelsea left-back Celestine Babayaro, who turned out for Anderlecht against Steaua Bucharest at 16 years and 87 days.

Madrid are keen to avoid excessive hype surrounding Odegaard and will look to give the youngster time to develop, despite the injuries to James Rodriguez, Luka Modric and Sami Khedira.

However, the healthy first-leg win could tempt Ancelotti to give him a place on the bench and some minutes on the pitch in the return match on March 10.